Shrouded in mystery, four designers and their collections travelled to New York from Turkey to unveil their first fashion week show. Little is known about the four: Buket Özkalfalar Barut, Gökhan İldeniz, Ece Kavran and Fırat Neziroğlu who did a group show under the alias Turkish Designers. This year Turkey was represented in two shows. The other show was by Hakan Akkaya, a well-known designer who has participated in two NYFW shows prior to 2019. Both were supported by Turkey’s Trade Ministry and a Turkey Promotion Group called the Turkish Exports Association. 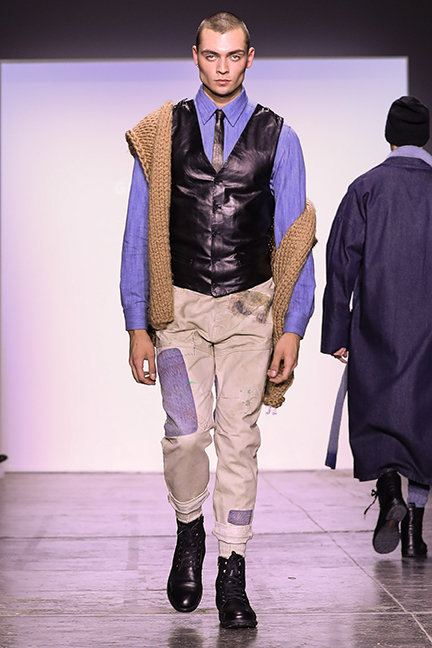 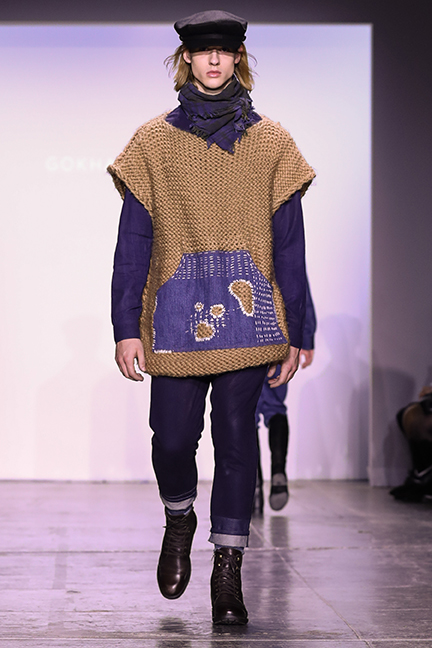 Although the four came together under the same roof for the same show, it functioned as four separate shows. Each had their own line, all very different from one another. The first collection was titled “KARMA” by Buket Özkalfalar Barut. The tagline for the show was “What you reflect on life, you take it back”. Perhaps Barut’s thoughts were pretty dark, because aside from a few accent colors the entire collection was black. One of the main crowd pleasers of the collection was a gigantic floppy hat paired with a low-cut dress, slacks, and heels.

Next came Gökhan İldeniz, dramatic in the fact that there is little known about him. His men’s line featured a lot of denim paired with preppy blazers and farm-style vests. If it were a Venn diagram between the country and city mouse, denim would be the centerpiece connecting the two. 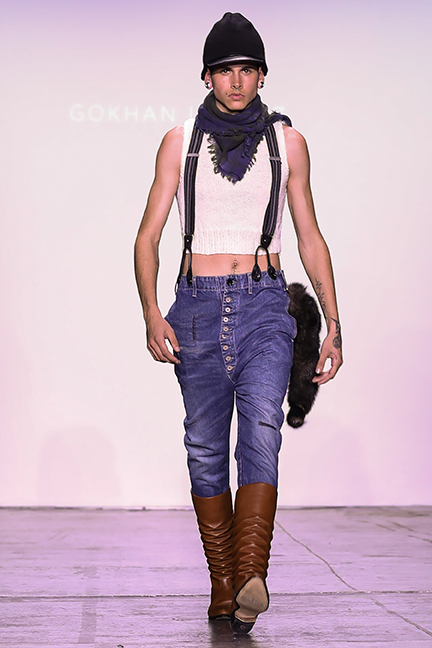 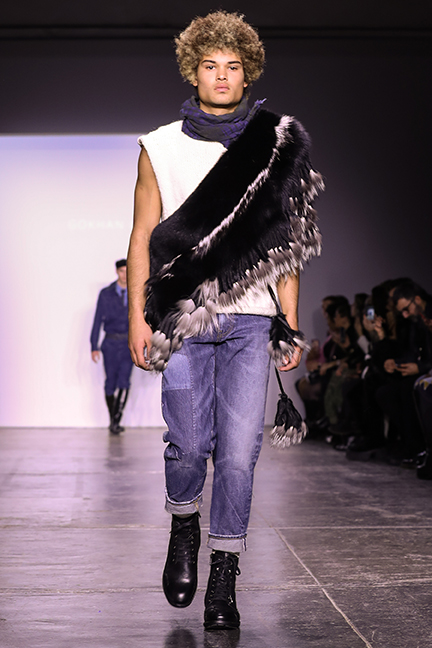 Fırat Neziroğlu’s male line entitled “Yen” highlighted woven material. Inspired by the Anatolian region, also known as Asia Minor. Many of his pieces were modernized versions of Anatolian rugs and encompassed the Asian-Middle Eastern fusion of this area. Known for his loom work, one of his most impressive pieces was a floor-length woven coat.

Last came Ece Kavran in partnership with Urun. Her line was creative and theoretical. The icing on the cake, her piece de resistance, was a gigantic wedding cake shaped dress with sleeves that trailed far behind the model. Combined with morose music, the models somewhat acted out the line by walking very slowly in time. 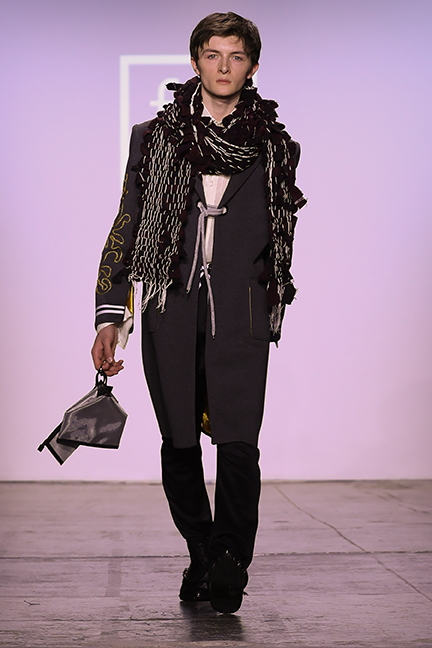 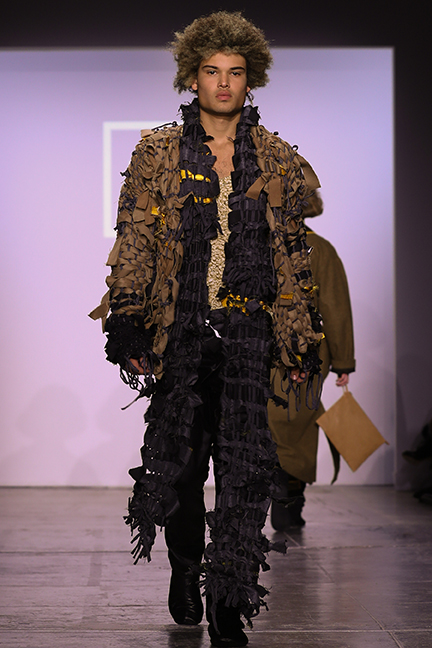 Although their collections were all quite interesting, what is even more so is the question of how the four found their way into a New York Fashion Week runway. As the sixth largest textile supplier in the world, Turkey had a lot to gain by showing up at NYFW. Last year, Turkey experienced an economic crisis when their currency, the lira, plunged in value causing massive inflation all throughout the country. For a little history lesson, in August 2018 the lira crisis caused a lot of issues both domestically for Turkey and in the world of foreign trade. Not only did it cause at risk currencies to fall in value, but also had very real effects on the Turkish people. At one point during the year, costs of basic items were increasing by the minute due to the 15.7% inflation rate that basically occurred overnight. It was spurred on by United States immediately doubling on tariffs on Turkish steel and aluminum as a tactic to call for the release of an American pastor held on terrorism charges. However, many believe it was a long time coming due to the president Recep Tayyip Erdoğan’s growing control in the country, over the national bank, and some of his unconventional views on interest rates and debt. 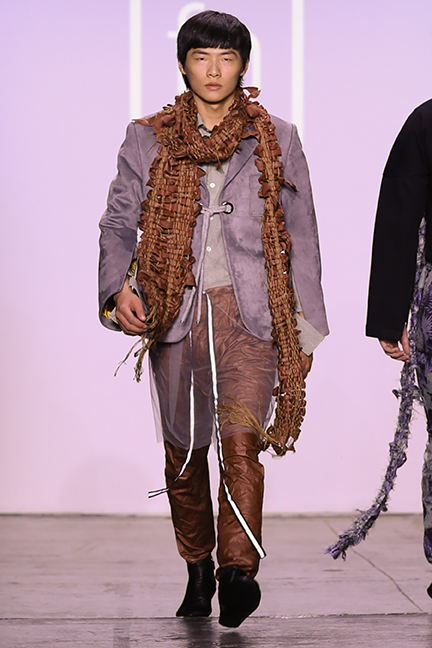 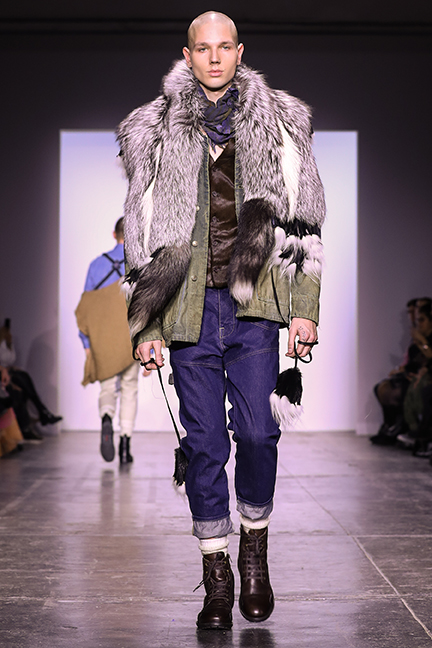 It is unclear if the fall in currency has simply allowed for more Turkish designers to flourish and the Turkish Designers show is just an outcome of designers gaining more ground in Turkey and attempting to put themselves on the map, or if this show was created solely to push Turkish fabric. Realistically, it is most likely a combination of both. As the Turkish economy declines, there has been an increase in demand for Turkish designers locally. In Turkey, locally made and designed clothing do not incur the same taxes as those of foreign designers. Furthermore the lira cannot compete with foreign prices. This reality is further cemented with the fact that 60% of the population are under the age of thirty-five, meaning the have majority of people have less money and more hunger for fresh and exciting fashion. Turkey definitely has the resources to become more of a key player in the world of fashion; they were major producers of textile as far back as the Ottoman Empire. However, the heavy support by Turkey’s Trade Ministry and Turkish Exports Association in conjunction with the lack of fame the four designers hold is a clue that this show is important for business purposes on a country-wide scale.

Will we see more Turkish designs and fabric as Turkey attempts to expand their market? Lets wait until fall NYFW to find out.