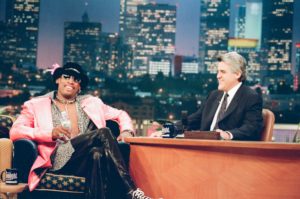 T.G.I.F on Cable TV: How Millennials Treated Time In The 90’s vs. Quarantine

In 1999, like most baby millennials, our parents dictated the family television.   In my Midwestern home, I woke up to Katie Couric and Matt Lauer’s news reports on Today before school. After I returned home, the ritutal continued. As mom prepared dinner, usually a meatloaf, buttery mashed potatoes, and a side of green beans– […]