Witnessing Tania Stavreva on piano at the National Opera Center of New York- Opera America, one rainy October night, rekindled my affinity for the lost art. Taking lessons, performing recitals and wooing family members on the black baby grand in our marble-sky lit living room as a kid, the piano became less accessible and more of a novelty with time. Keyboard in the dorm room does little justice to the historical grandeur and percussive element of the instrument; plus, electronica and techno grew with mixers and technology. Reintroduced, however, to the grandiosity of the grand piano, ignited by a swan-like, fiery enabler in all its resonant perfection—the young, effervescent Tania Stavreva hinges classical Baroque to Contemporary. Reminiscent of old European symphonies and modern day movies—her craft evokes the past, tenderizes the present and invites a brilliant future—all at once. 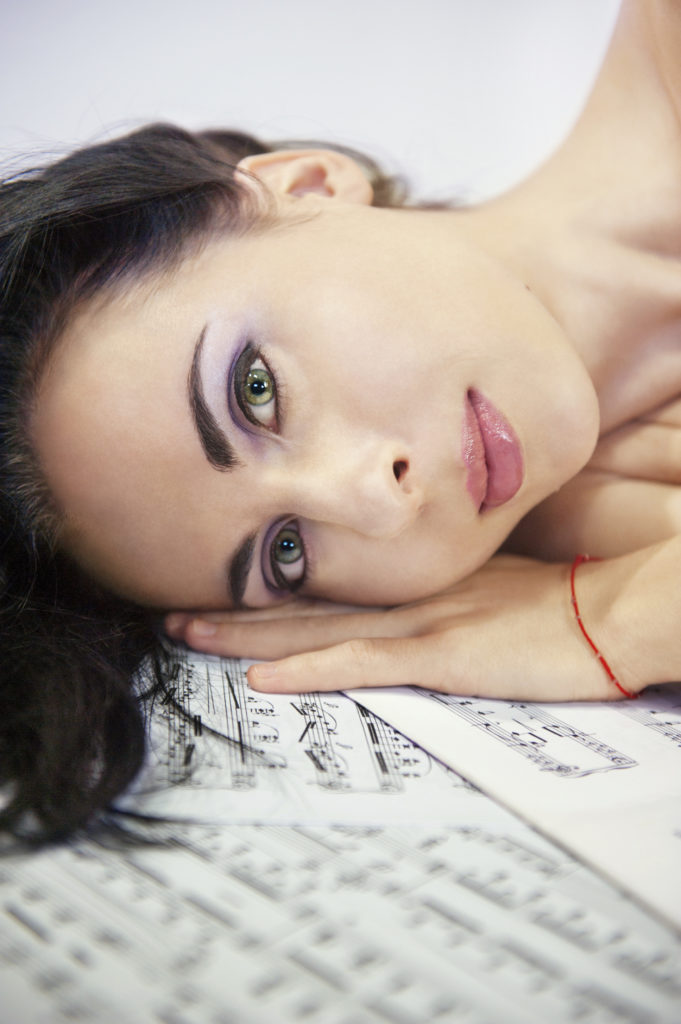 “When it comes to my piano works–I get very emotionally involved in the content. I feel that all the arts are connected within each other. They are like different languages we would like to learn or explore, but only one is our mother language and in my case it is music.”

A one-hour program studded with performances from The Dark Side of the Sun (2012), Rythmic Movement (2012), and Left Hand Path (2016) brought viewers to silent revelry. Interludes, songs, preludes and numbers were drawn from compositions by Dobrinka Tabakova, Alberto Ginastra, Erik Satie and Steve Holtje. Individual memories met Tania’s technical virtuosity to manifest fractals, thanks to synesthesia,  or the infusion of various sensory and cognitive currents, such as hearing and vision. The Dark Side of Sun album “is not dark, but is like playing with fire” she declares.Rhythmic Movement released in early 2017 reached the Billboard Classical Top 10 at #8 and earning 17 awards. Tania Stavreva is reigniting interests in classical music, hereby fractyllizing piano discourse unto the millennia. 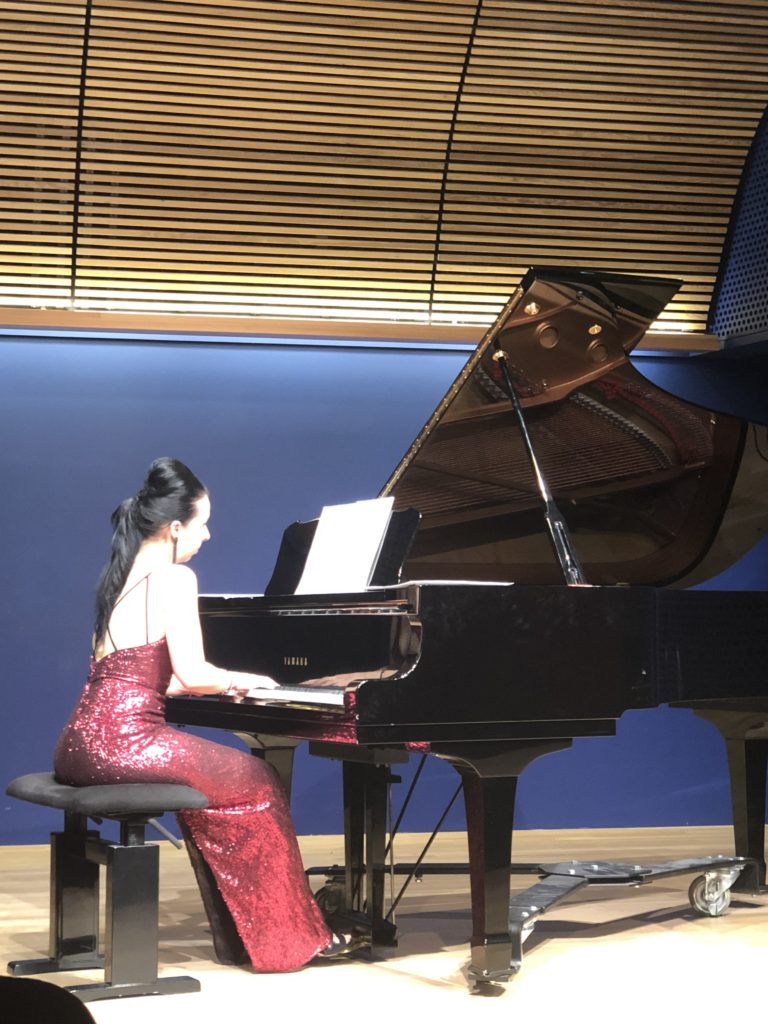 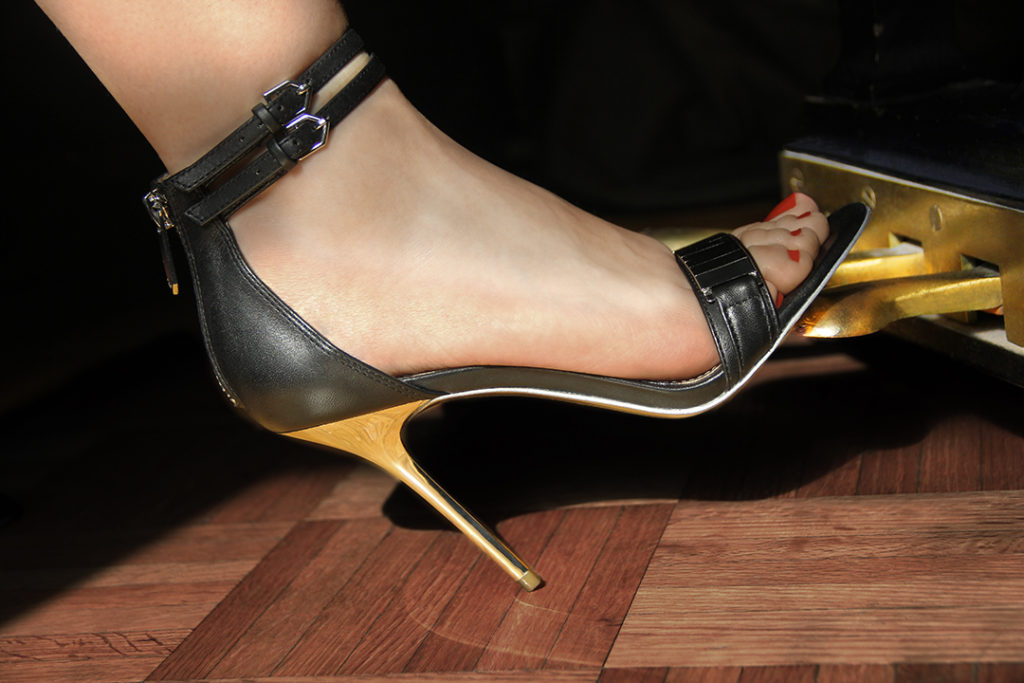 The later phase of songs she deems “enable me to create colors thru music”. Springing back from the inner chords of the elevated harpsichord device into Haiku, and then into a partially improvised conversation with electronic music artist, multi-instrumentalist, and composer, Jon Ososki—tonality, texture and time reverberated. 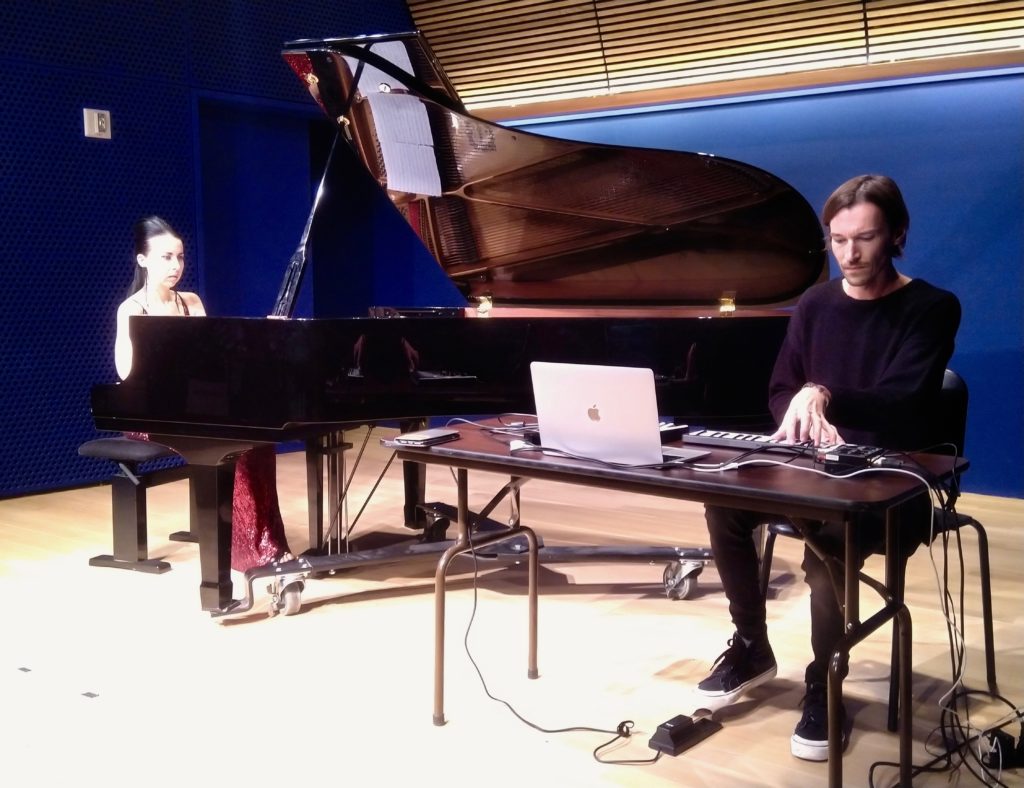 “The piano is a very powerful instrument. It can be totally intimate to orchestral as well as even explosive. One side of it is the so called “motor-driven” technique established well by Sergei Prokofiev which I use a lot. A lot of other 20th century and even beyond that composers have picked up on that technique too, and I incorporate it with Bulgarian asymmetrical rhythms—typical of some of my current pieces.”

Noting that a lot of Bulgarian music didn’t really make it to the west because it was hard for people to travel during communist times, people are familiar with Bulgarian music mostly through Bella Bartok–a Hungarian composer and ethnomusicologist who went to different parts of Eastern Europe and studied those folk rhythms. “Composing his own music based on these rhythms, he has composed six Bulgarian dances,” notes the performer, whose father— Georgi Stavrev—was a professional musician, a teacher and a child prodigy. “He played the violin, the guitar and his big dream was to be a symphony conductor, but he got very sick.”

“Growing up in a very musical household it’s so hard these days to find that cultural foundation. We used to listen top the greatest jazz and of course classical music in the house all the time.” 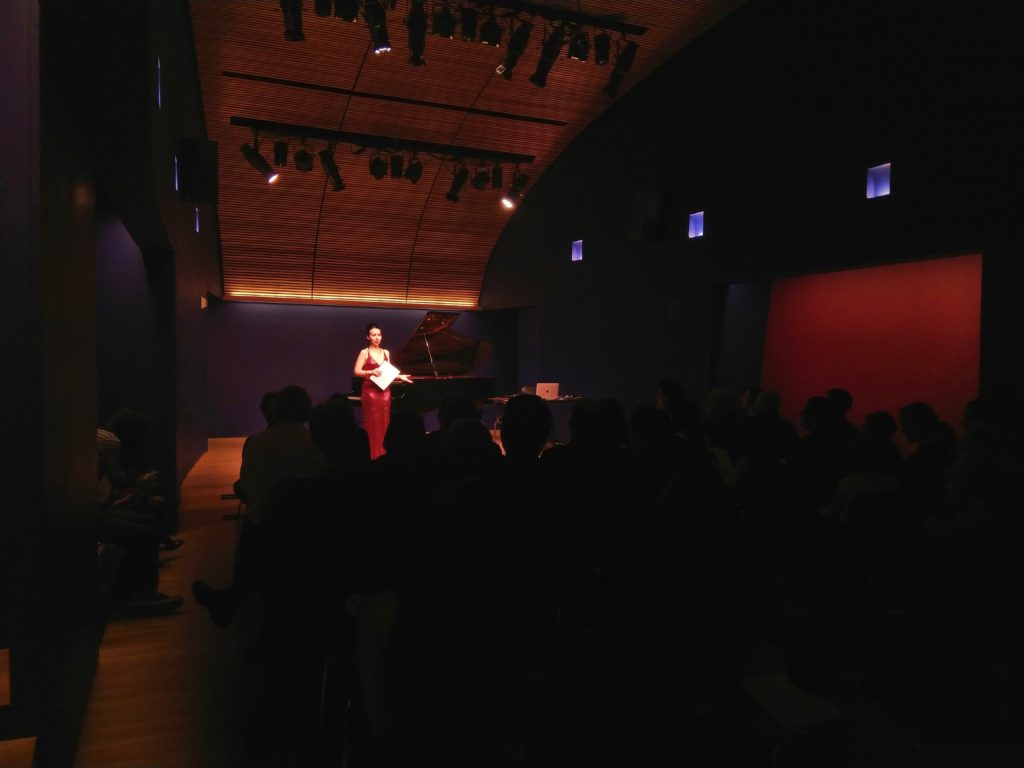 Tania’s devotion to piquing our interest and appreciation for the piano becomes clear: Play, have fun, be adventurous—cry waterfalls. Twist into darker interludes of irritability and stress—subsumed by raindrops tickling the stillest lake water after a storm. Chiming bells in a bat’s cave to echo life followed by abrasive disjunctive tonalities—the piano lives within fingertip precision and glance, contortion and prance. 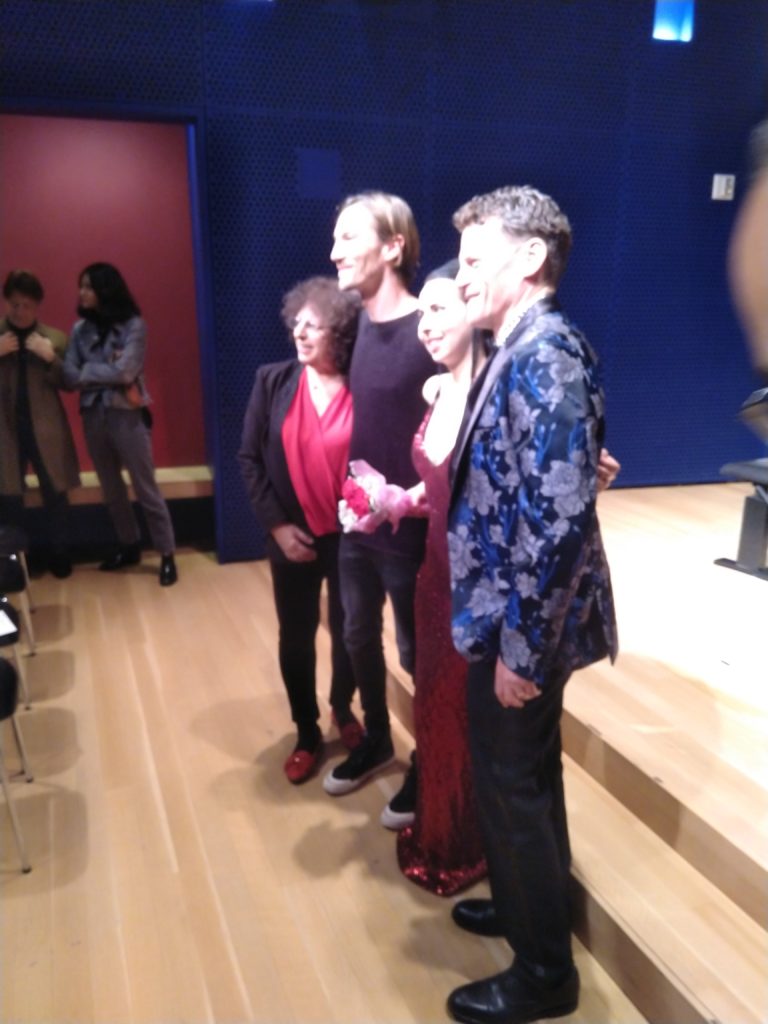 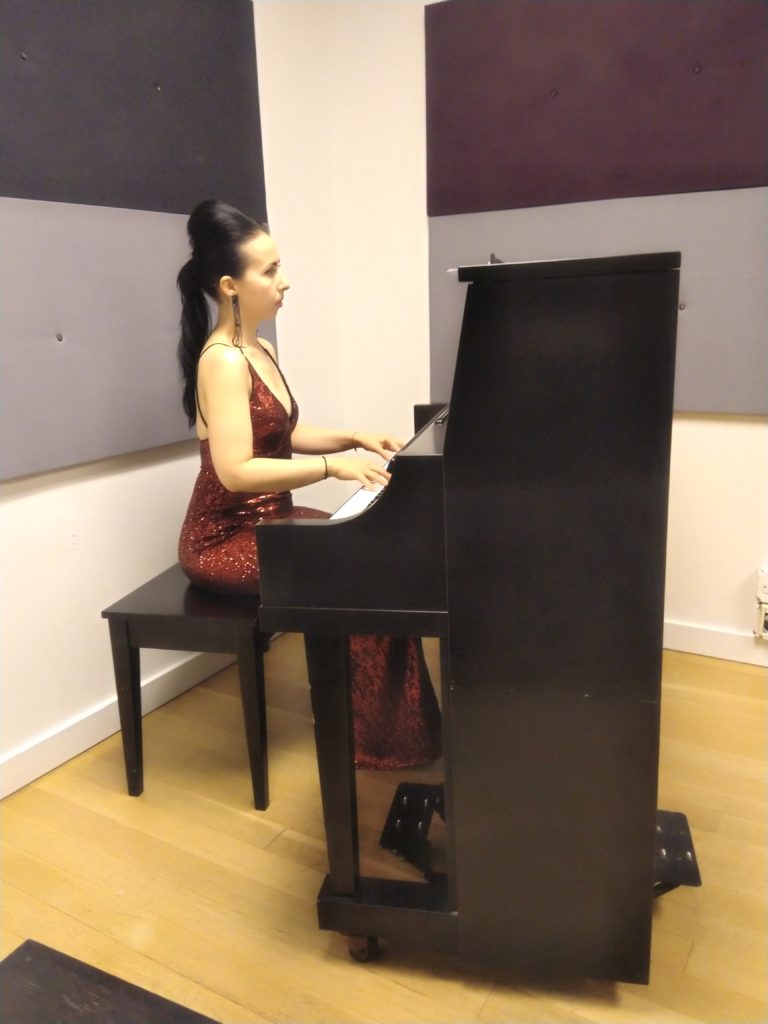 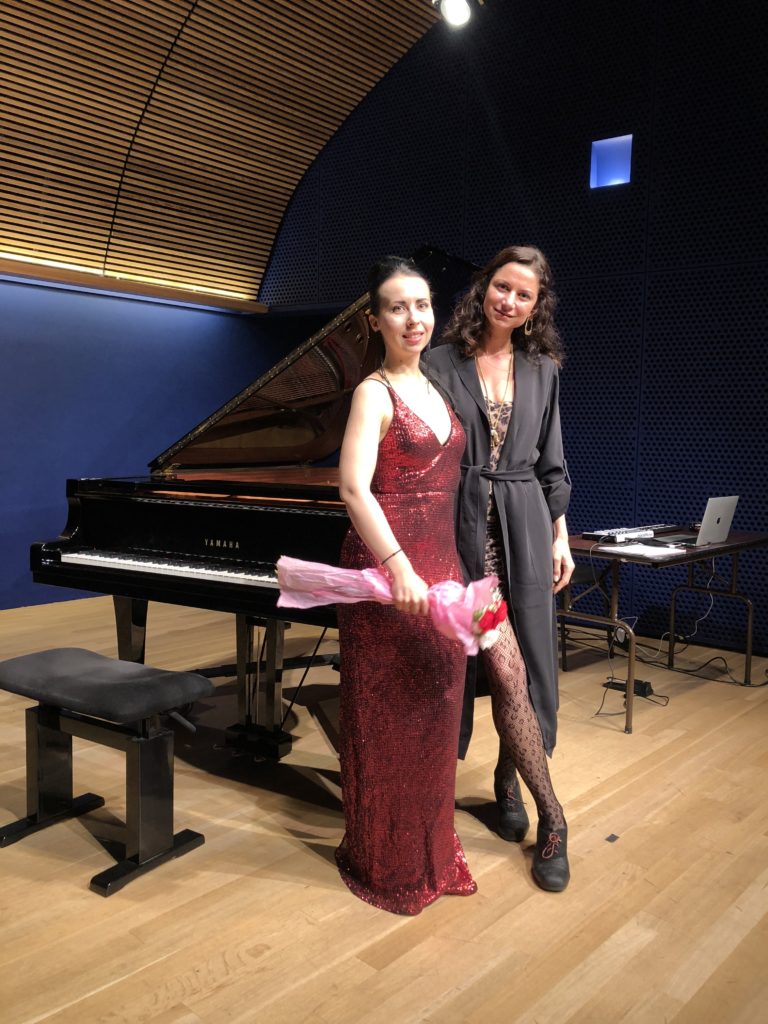