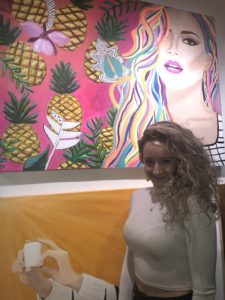 Swarovski celebrated the opening of its Time’s Square store last week at Hudson Mercantile. An architecturally exquisite production space set in Hudson Yards, ascending the old-fashioned industrial elevator was only the third exciting treat.          The bedazzled makeshift hot dog stand, welcoming bags and late winter coats was the second, while having […]