As I made my way through the darkly lit, cavernous rooms of the Stage48 venue, I was blinded by a variety of different sensations. Blue lights emanated from the lamps dangling from the ceiling; endless chatter could be heard amongst the masses that surrounded me, and signs abounded. Eventually, the sea of fellow humans adjourned to a longer, brighter room lined with seats. I plopped into my designated crevice and absorbed the signs that read “Stevie Boi’s M3tal.” Luminous and radiant, expectations and predictions of what was to come surmised. After all, this was a new adventure for me, a different type of experience. It was at that moment that the festivities of M3tal had begun.

Electronic-synth music began to blast through the speakers, as the models made their way down the runaway, their outfits in full view. 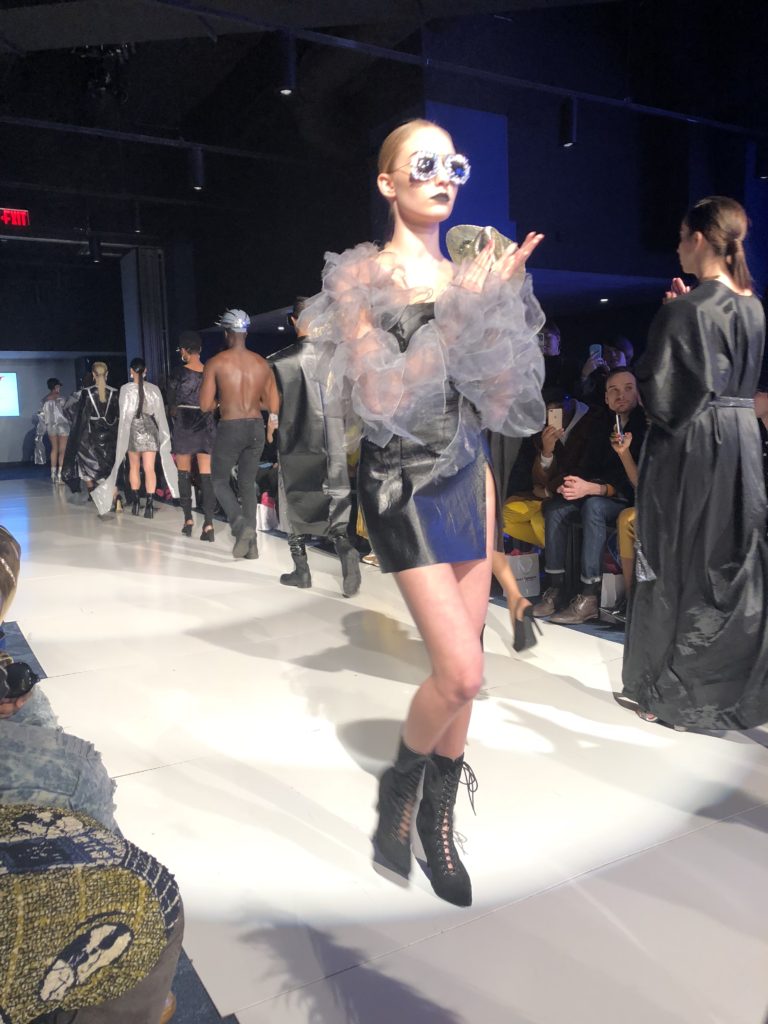 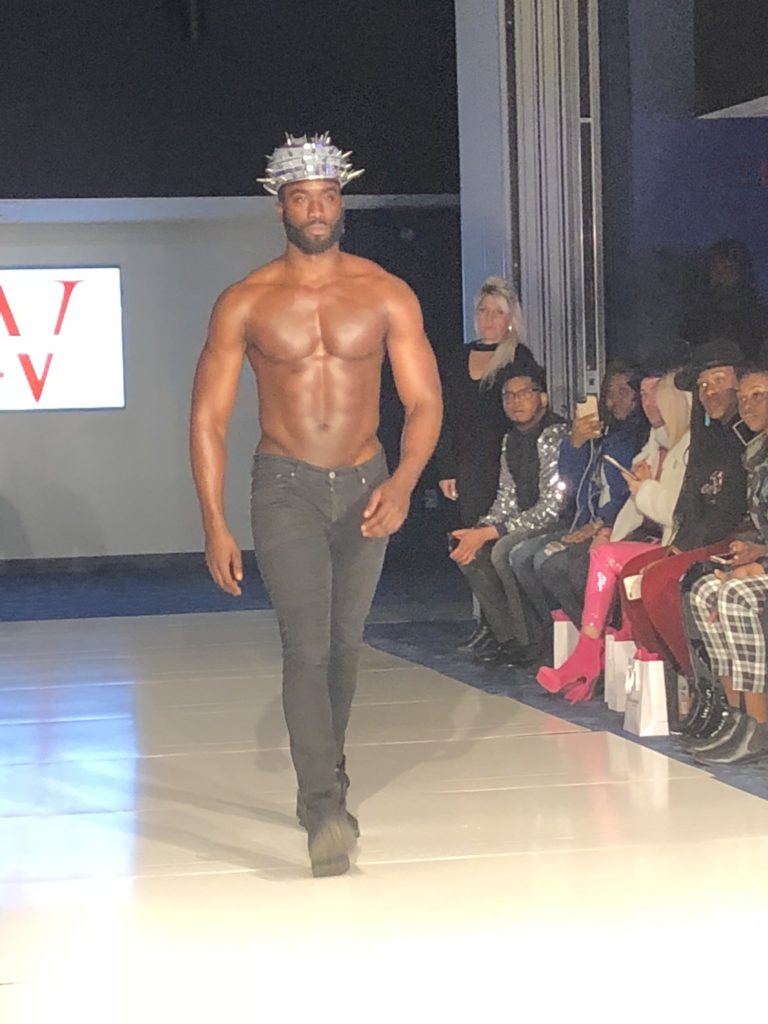 Model after model, certain trends became visible to me. A significant majority of them were wearing outfits containing colors such as black, silver and grey, with only a few other colors to break the intentional monotony. Outfits either emphasized minimalism or covered the entire body to a noticeable extent. Judging by the name of the event, ‘M3tal’, I sensed that Stevie Boi  chose to emphasize a post-apocalyptic type of trend in this show, as the outfits resemble what might be fashioned if resources were to soon become scarce. After approximately 30 minutes, every model walked down the runaway in single file, the audience showering them in applause. 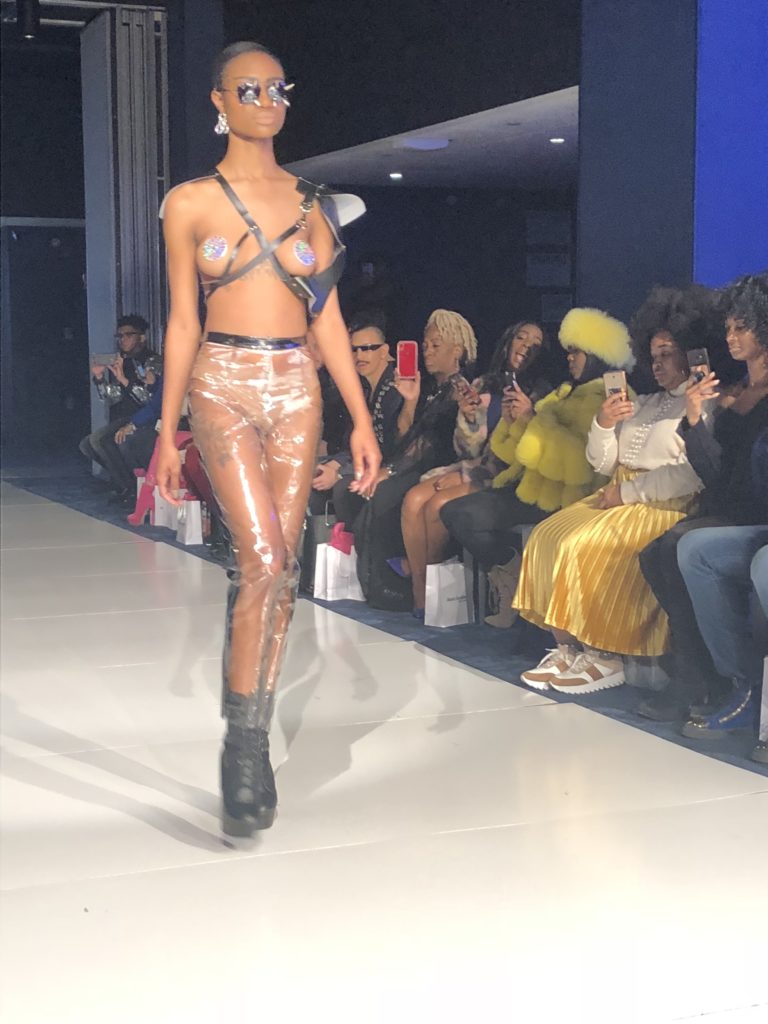 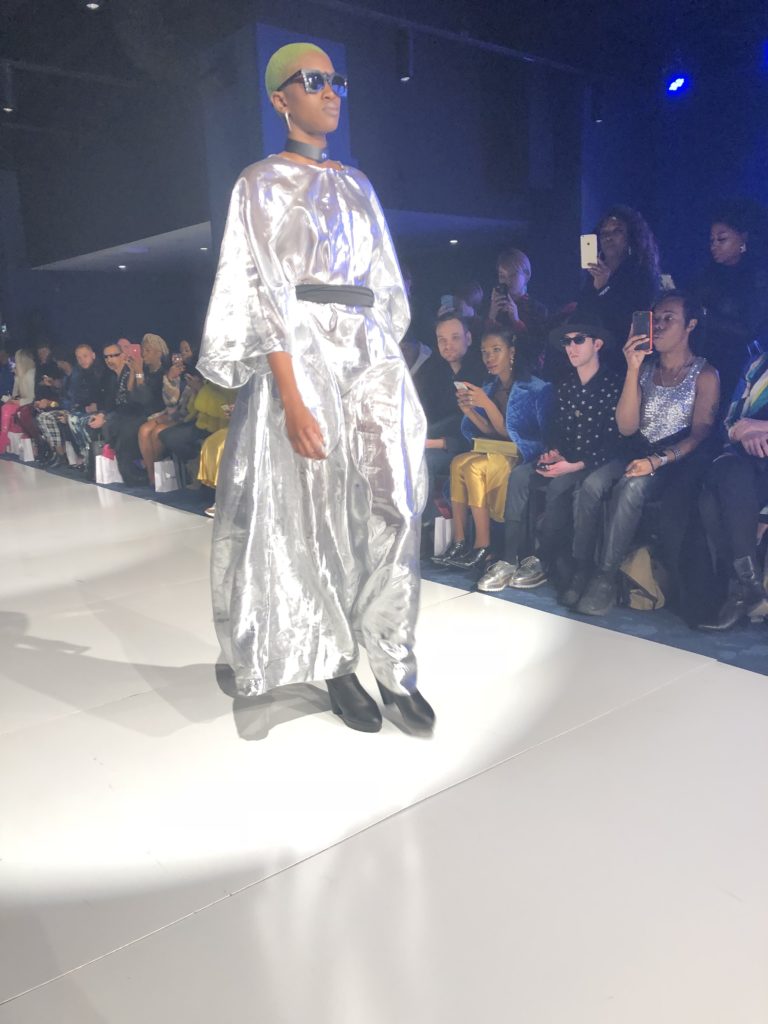 Prior to attending Stevie Boi’s metal show, I didn’t have experience with fashion shows– especially not ones that were in Manhattan (a borough of one of the world’s largest cities). Because of my lack of a history with such events, I wasn’t sure what to expect. It was when the lights dimmed as I was plopped in my seat that memories would form, that ideas and notions would be filed into my sub-conscious. I could see an array of colors, of textures, of sights–fractals. Curiosity was brewing inside of me. I had to know more. 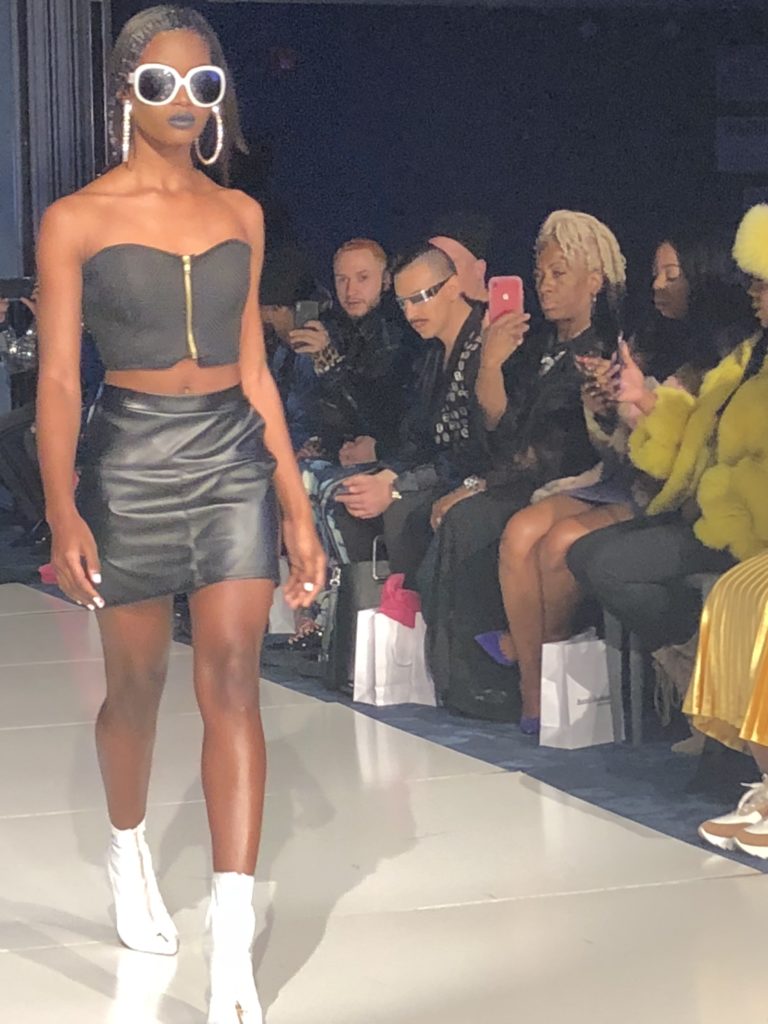 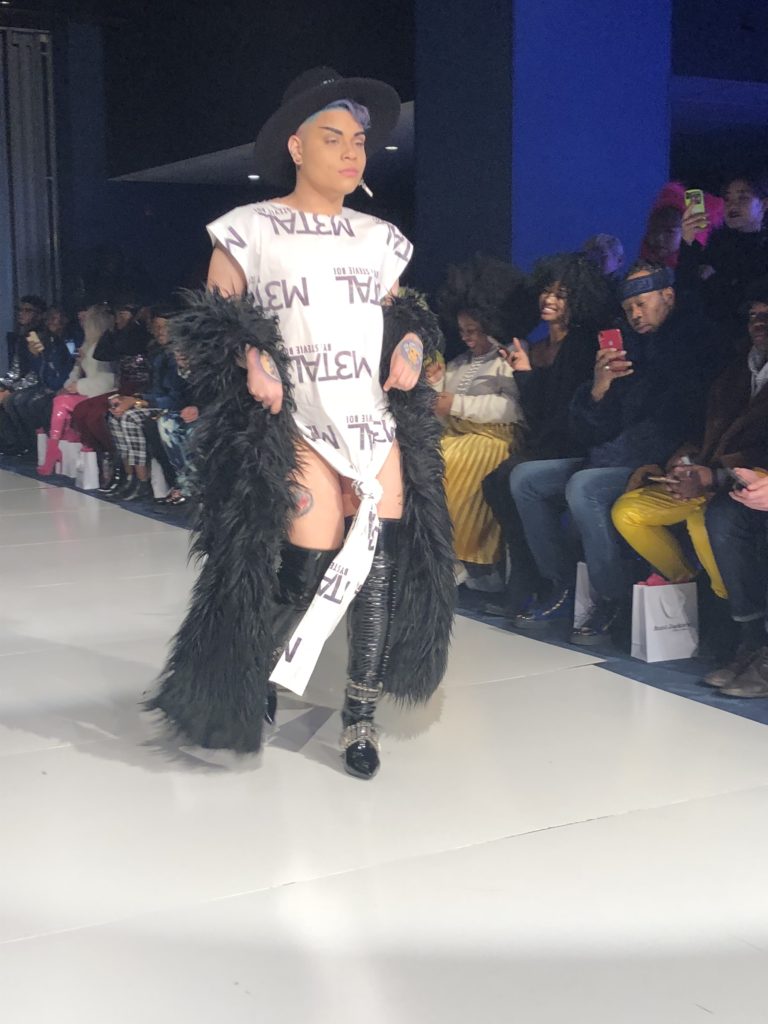 Because of my insatiable insistence on getting to the bottom of matters that pique my interest, I wasn’t content with my body of knowledge remaining limited. I plopped online and quickly jotted ‘Stevie Boi’ into Google. I did not come away disappointed Upon arriving at the official Stevie Boi website, I was barraged with information as far as the eye could see. Immediately, I learned that Stevie Boi had extensive experience designing and producing eyewear. According to the website:

“Boi designs and sells unisex eye-wear and accessories in select luxury boutique stores across the globe. Stevie has designed eye-wear for stars such as Kesha, Beyonce, Madonna, Britney Spears, Katy Perry + many more.”

After discovering this, I recalled my time at the show. Several of the models donned eyewear and it was an integral part of their outfit. I’ve always seen sunglasses as representing mystery, ambiguity and surprise. In conjunction with his experience with several major pop stars, this signaled to me that Stevie Boi has an acute understanding of what attracts consumers to celebrities and fashion icons. 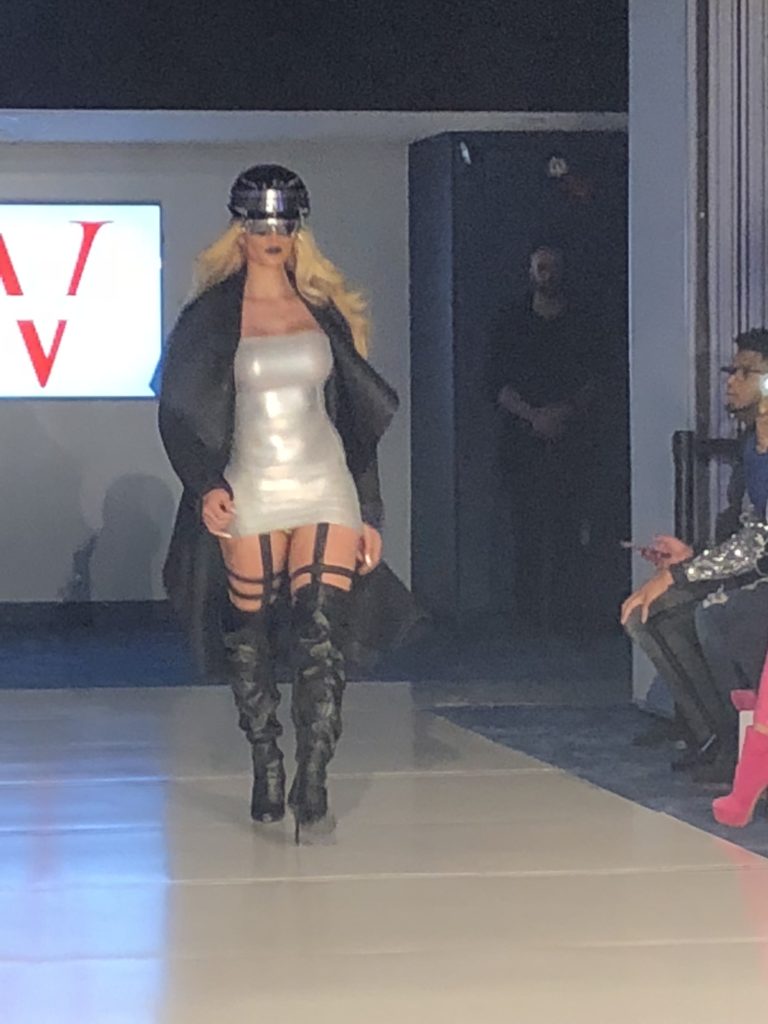 This information, combined with my previous observations, leads me to draw a conclusion as to the intentions of this show: Though the models present all emphasized the inevitably minimalist nature of post-apocalyptic fashion designs, a sense of wonder is to be invoked by the sunglasses. Our culture has a clear fascination with post-apocalyptic themes, with movies, TV shows and music all highlighting the concept. Nothing could be truer at this event with several models donning helmets. Others sported a see-through plastic type material, while some focused on denim jeans- forgoing or downplaying shirts altogether. This shrewd sense of what is ‘hip’ combined with the despair of a post-apocalyptic environment, hereby, all illuminate Stevie Boi’s M3tal. 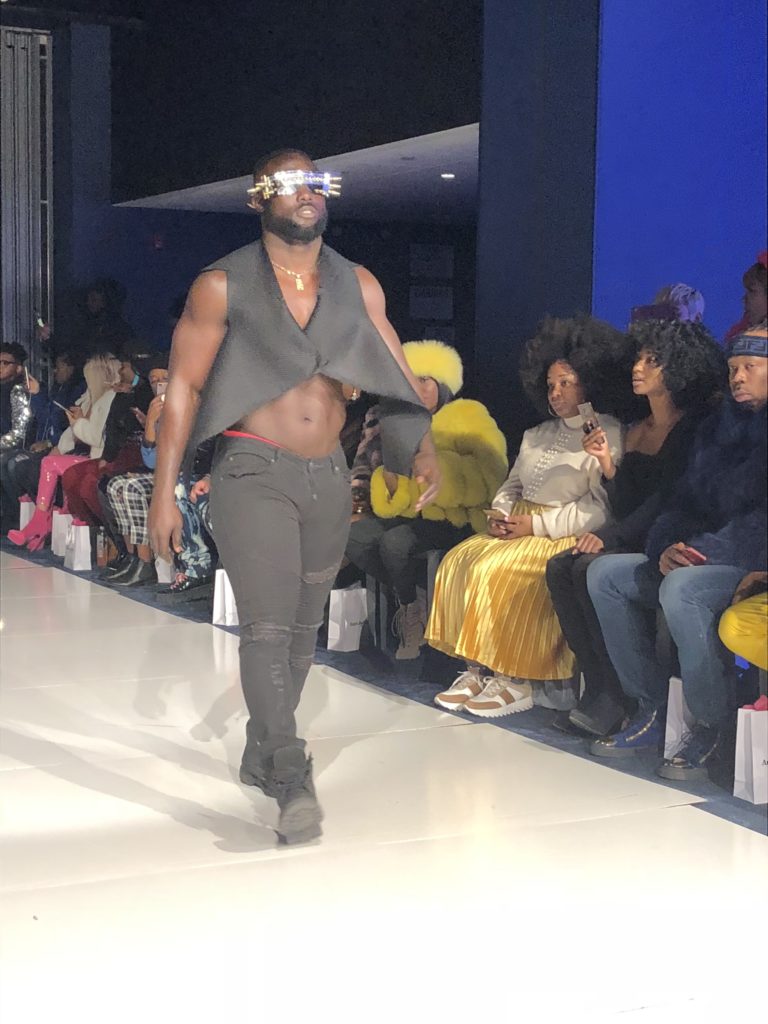 “Beauty, Art and Fashion” event last week on Manhattan’s Upper East Side generated fractals all around. Hosted by Dr.Theodore Diktaban, a double board certified plastic surgeon with over 35 years of experience, his emphasis on one’s natural assets is globally recognized.            Public Relations icon Kimberly Schmidt curated the assemblage.  Daughter […]