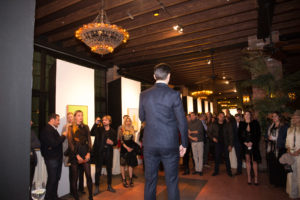 Waste overload and ‘how to’ Recycle!

Our waste production has spiraled out of control. Tidal waves of plastic bottles, straws, caps and bags intoxicating fish, whales, and oceanic reefs—the natural beauty that at once just ‘kept on giving’—is in bad shape. It is asking for our help and cleanup. Thoughtless and blind for too long, it’s now time to give back […]