‘The 100-degree L.A. heat in October had me envying the crispy coolness of colors bursting from the east coast’s dying leaves. Craving nothing more than the feel of leather, fur, and toasty fires, a familiarity with NYC certainly could breed complacence; an unfamiliarity with L.A. could just as easily feed loss.

L.A. propels you to drown in your own channel for beauty. Void of external validation, exquisite Mediterranean landscapes, fruit and recipes breath into and through you. Meanwhile, NYC sparkles electrolytes into your careers, fears and discovery. Electrified by contact with so much and too many in NYC—one’s worries in L.A. sink away by sunset.’ 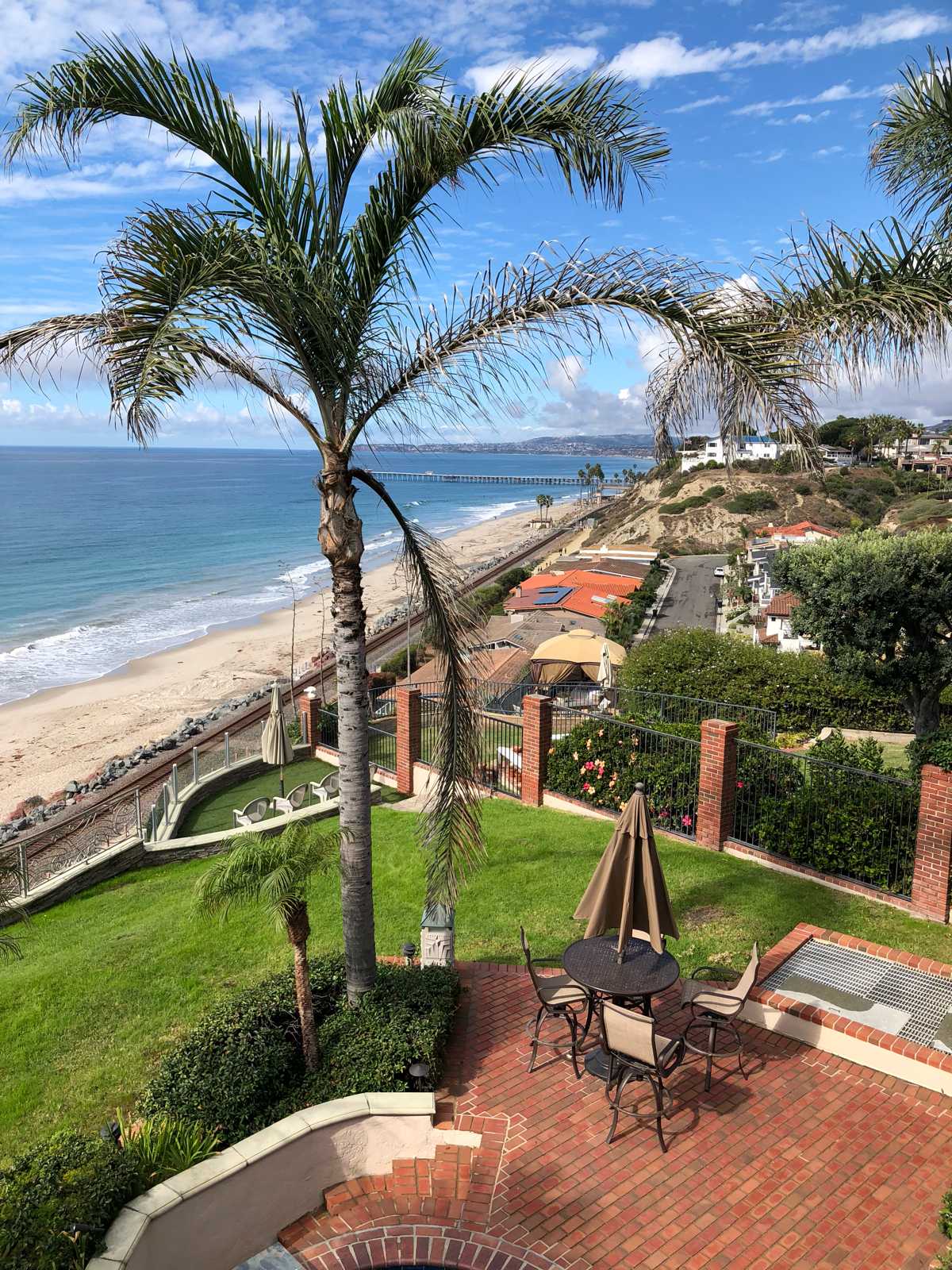 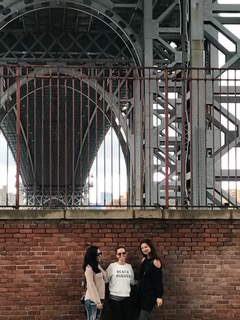 These two operative exploits of the human drive—immediately mysterious, yet gratifying—NYC vs. LA— have editors time and time again confronting a deep-rooted rivalry, far surpassing any in the metropolitan  US: The heart of one beats finance, consumer-capitalism, while the other palpitates nature and stardom. NYC’s sublimity rests on its vertically engineered skyscrapers, densely packed onto an incredibly afloat island. LA’s lies amid its dramatic landscapes, whose valleys, hills and waves diffuse the horrors of sinking or collapse. NYC’s five boroughs rise over 304.8 square miles, while LA’s 16 regions extend over 4,084 square miles. 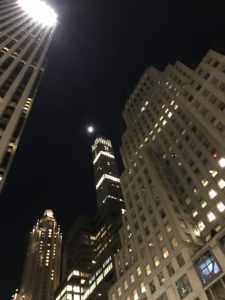 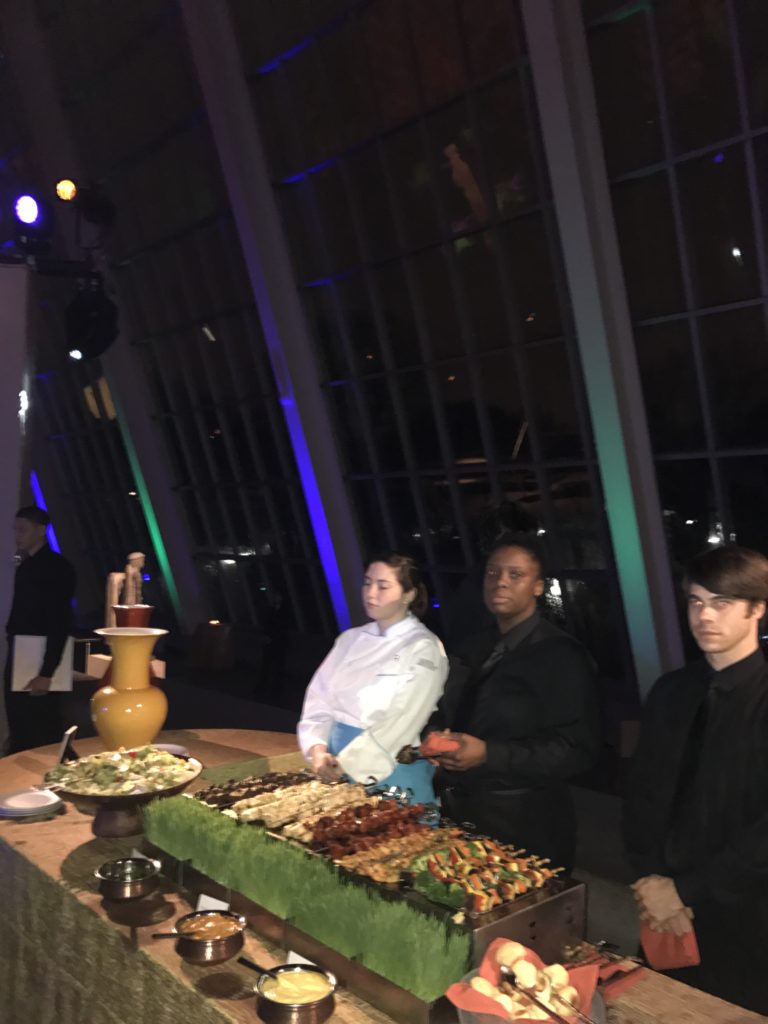 It’s crucial to maintain a tempered glance at the two, in juxtaposition, because one subsists on what the other lacks. One is architecturally extreme, while the other is topographically varied. “[…] Los Angeles is often popularly associated with sprawl because of its pollution and traffic, [but] its sheer lack of very low [population] density development places it atop all U.S. metro areas [in terms of lowest ‘urban sprawl’]” (LA Weekly). Healthy competition keeps the muscles alive, while tension fuels difference. Breathtaking vistas and cosmopolitanism characterize both urban enclaves, whose residents often commute back and forth—so why compare to compete rather than to complete?

What is crucial when characterizing the two cities is where one begins in the first place. Does he or she get jaded and then migrate westward in the hope of settling down? Or is he or she bored with being weather-spoiled, and want to experience the toughness of raw urban decadence? Is LA a precedent to your NYC immersion or vice versa? No one is better than the other, just as siblings should neither be compared nor excluded.

The traffic in LA is simply different than NYC’s. Its train delays, congested carts and reroutes have citizens shaking their heads, twittling their thumbs, and frantic all around. LA’s traffic is just as unexpected. Right before I denounced downtown LA as a possible source of anything between 4:30-6pm, I asked woman seated in ongoing ‘standstill traffic’—if this was the norm for downtown at this hour. “They’re shooting a movie,” she said. I squeezed out the impulse to generalize and think in absolutes, and accepted that I would miss even the final stretches of Pilates Subjugating myself to thinking positively, instead of turning around altogether, I persisted onto my destination. 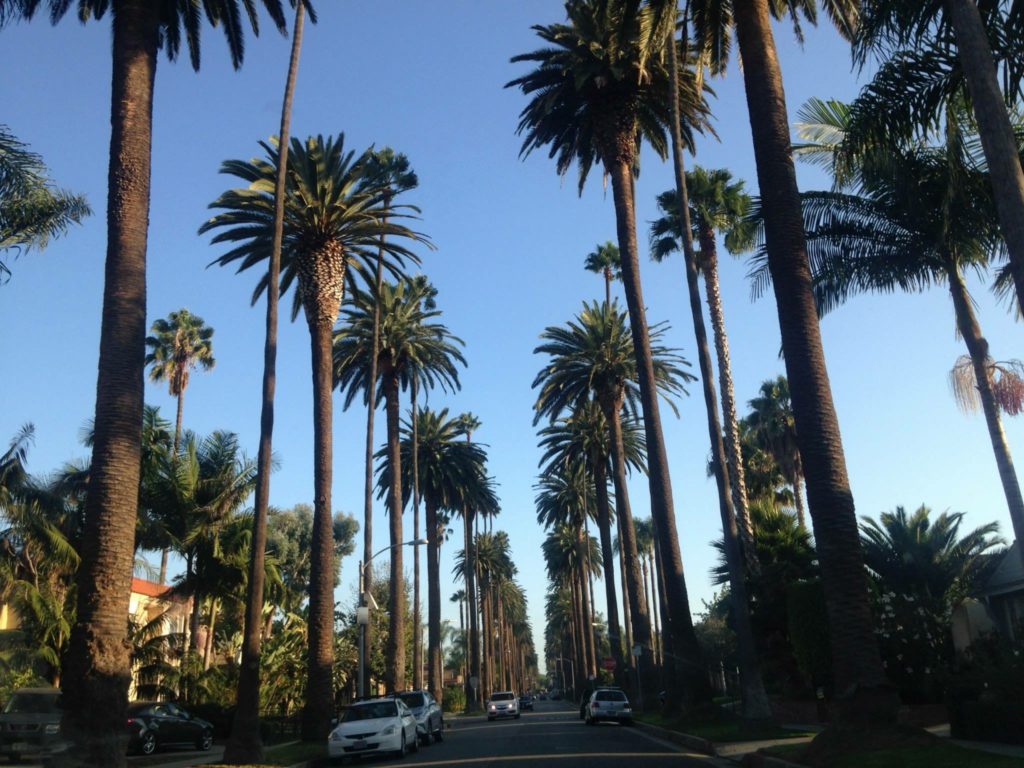 NYC and LA are heretofore siblings and not rivals because they help to drive one another’s identity. Energy is neither depleted nor created, and so it is erroneous to ignore the frustrations ejected from migrant transport in New York. In fact, sweat droplets form on the skin of any well-known metropolis from the hours of 9-5—so get real.

Rivalry with regard to transportation is inconceivable when two fundamental differences persist: Walking vs. driving; Brick vs. stucco. 88 unplanned neighborhoods comprise Los Angeles County’s topographically extreme coastal basin, triangulated by ‘mountains reaching up to and over 10,000 feet’ (Britannica). Stucco is the marble of seismically active California, so what would be required to carve out earthquake and avalanche-safe networks of transport? 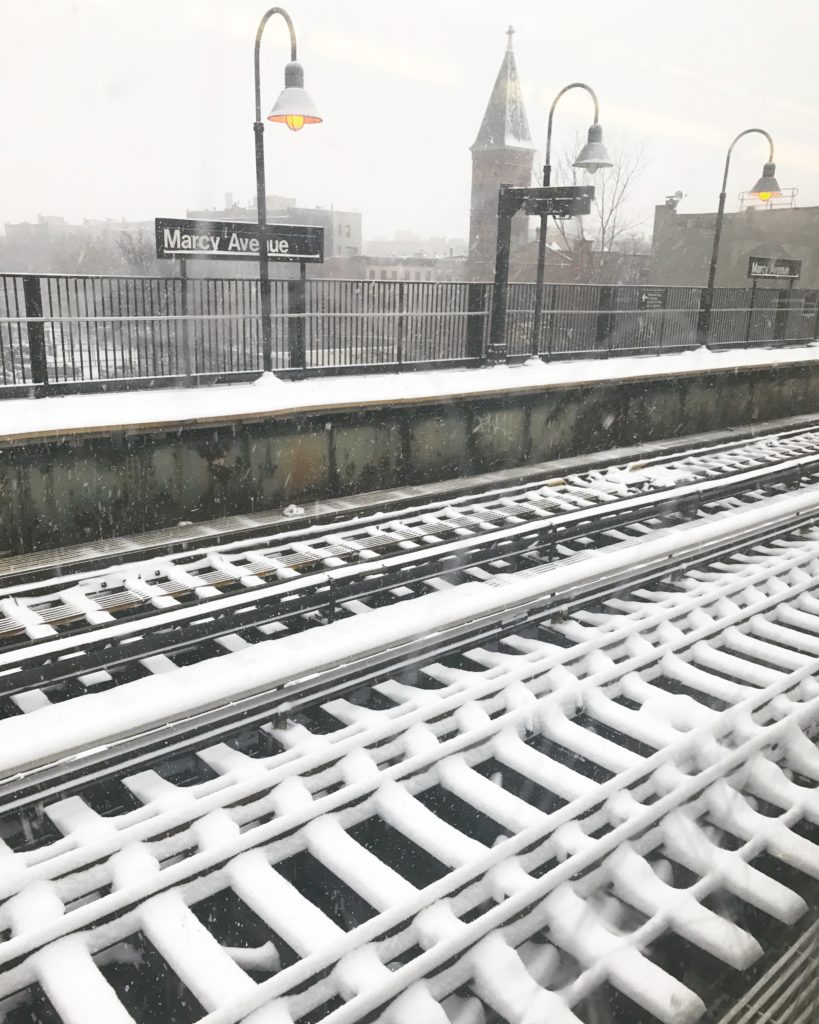 Meanwhile, over 2,000 tunnels and bridges etch out NYC’s exquisite metro and railway systems that span a healthy chunk of the northeast, where brick, stone and mortar resurrect shelters. While stucco is waterproof, more expensive and resistant to natural disasters, mortar is even more porous than brick, taking about 30 seconds to penetrate. How then, is the walking paradigm even applicable to a desert?

Reinforced concrete poured around a grid work of rebar, or steel rods, resist compressive forces in NYC’s 6,000 completed high-rises and 681 skyscrapers (up to 2,000 feet tall). Meanwhile, LA boasts a total of 58 skyscrapers. Three of the nine million populating all of NYC are contained within the Los Angeles ‘district’ parameters, while another ten or so million comprise all of Los Angeles County. How then, is inapplicability of a driving paradigm a source for inferiority?

In NYC, you can barhop all night, stumble in the middle of Bowery st. and somehow always end up safely in bed the next morning. Sure you lost your License, keys and Rag & Bone biker jacket, but you got home alive. Sure it’s nice to escape into a book or magazine and music on the F train, but isn’t that the necessary reward for having hustled into the correct basement and onto a train that doesn’t reek of raw onion, pee or lost chivalry? Phones die, the smells onset, and boundaries take on a Martial Arts form.

In LA there are certainly many upsides to driving more, but possibly just as many to walking less. First, you drink a lot less. Second, your phone is always charged. Third, music with generous bass, fader and radio options keep you endlessly entertained, but I find myself reading a lot less here. In NYC—you learn which magazines are most portable, and how to read them when packed into 5pm F trains—but in LA—hearing, smell and sight seem to reign. Focused less on the struggle against conformity, deterioration and trauma—the senses in LA are much more attuned to the natural world. 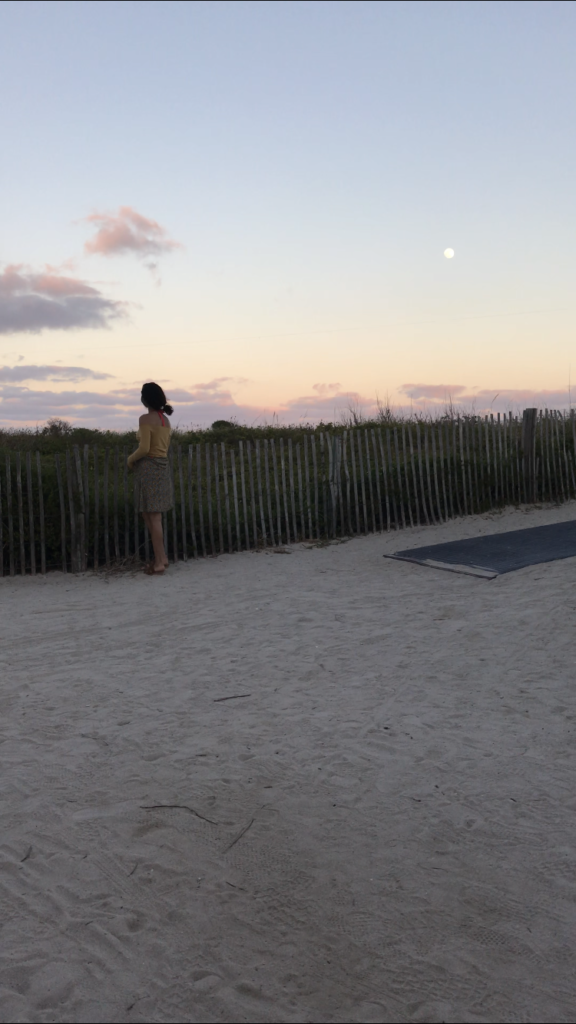 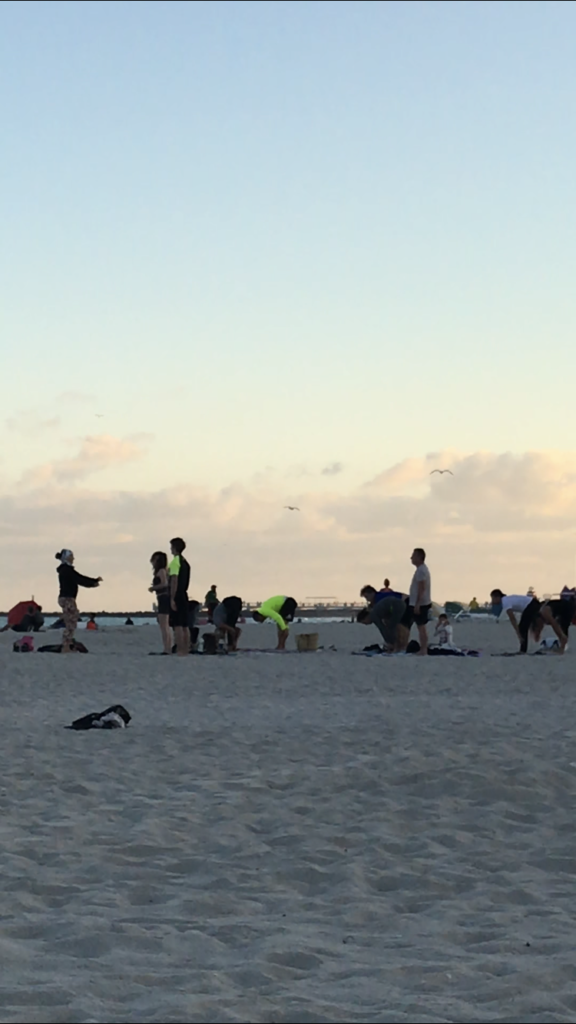 Or are they? Transmuted into a survival instinct—whose hardness refracts the very infrastructure it’s meant to pronounce, NYC gets cold. Dark, icy and hollow—one walks past hundreds of people a day, only to remember a few. ‘Superficiality’ to one gridlocked into NYC circumstance is wrongly assigned softness, sensuality or flavor, but ‘superficiality’ to one lost in LA’s Pacific, it is nothing more than the absence of nature to guide you. NYC’s struggle to reward ratio digresses from LA’s nature-power fellatio, but which really resigns itself more to fakeness? He who reveals, or she who conceals? He who skims the crowds for a mate, or she who absorbs the scenery to sate? 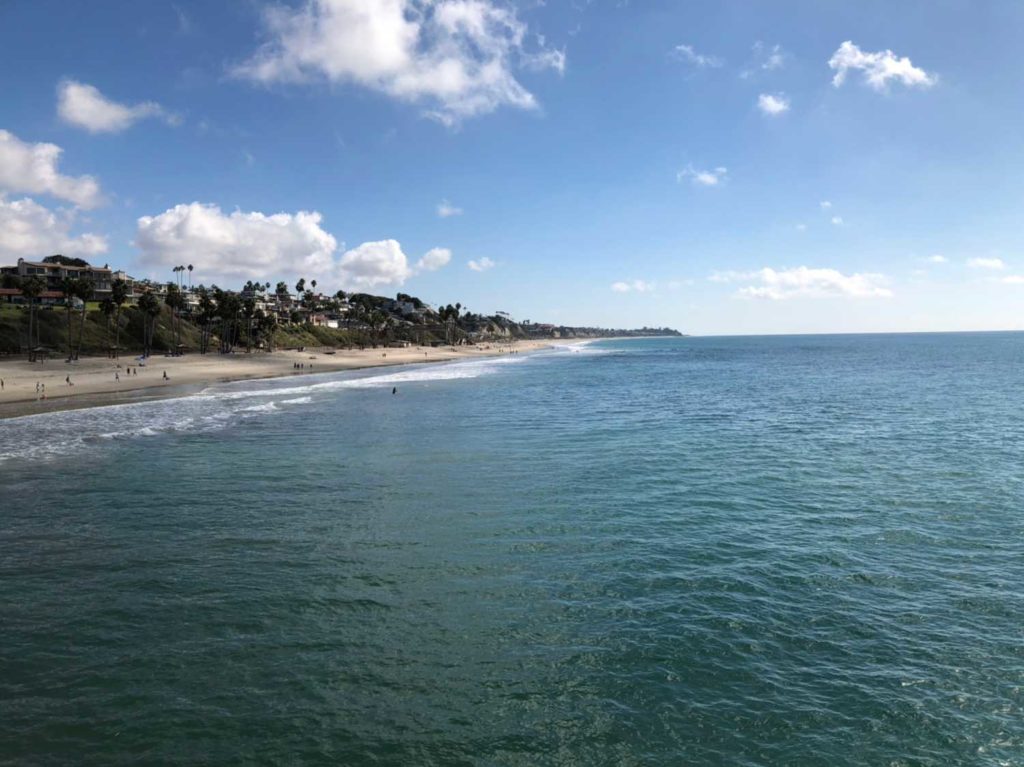 LA can seem lonesome after regularly coming into contact with thousands of people in NYC each day, but aren’t we to privilege quality to quantity? While the thrills of randomness and magic ail the two, LA is harder to get lost in—with integrity. First, once you find yourself enjoying the scenery of street, you are likely getting beeped and scowled at. Second, you have to press a button to walk, and third, there is slight guarantee that the cars will even stop for you. Pedestrians are relegated to second class, as patrons decide to drive up the block to CVS, to avoid being viewed as hobos void of licenses or cars.

Surely the scowls are of a much softer nature than those of irritated cabbies, commercial vehicles and privileged jaywalkers of NYC. It’s real magic lies in its sunlight and varied topography. When the sun goes down, however, you can hardly see. Sun is god in LA, because when it’s dark out—it’s really dark. Street lamps hardly illuminate walkers, streets, houses, trees and buildings, and without perfect vision—you really shouldn’t be driving at night. Things seem dead—compared to the store-lit marathons of opening bars, boutique windows and people studded alleys of NYC after dark.

Then again—the terminality of NYC is certainly overestimated. A tourist hell on the weekends, locals know to stay local and not leave the house until after 4pm. Try to find food after 11pm on a weekday, however, and your likely to settle for pizza, truck or deli meat. The streets are deserted in the dead of winter and during storms, but vibrant and alive in April-June and September-October. 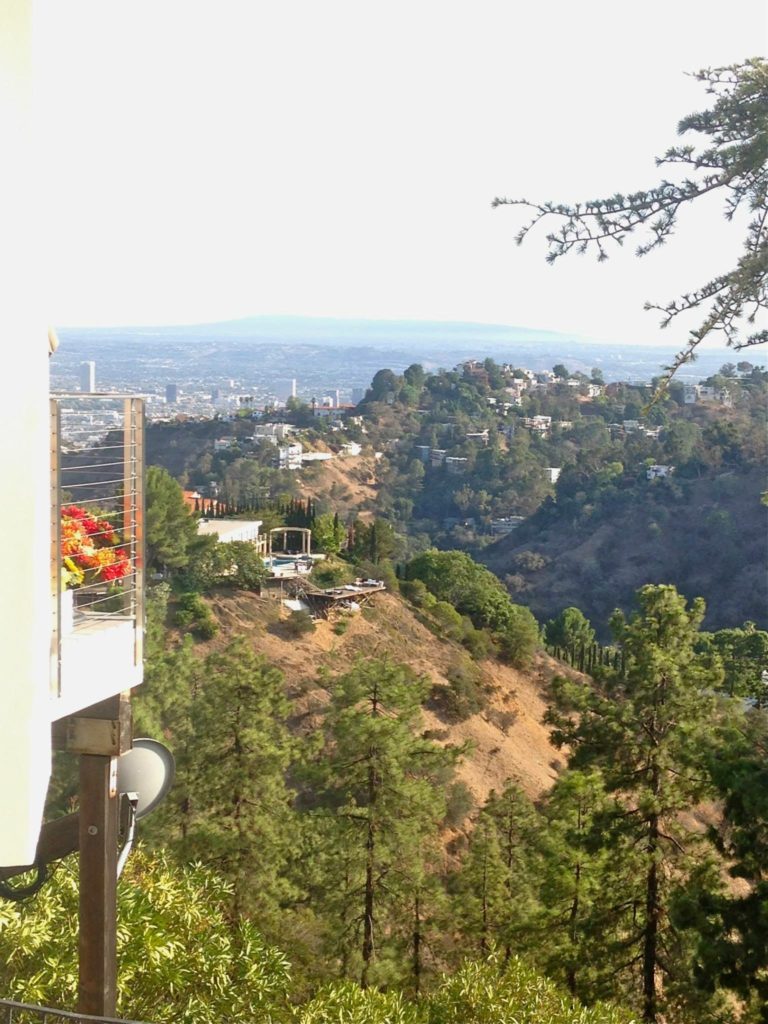 Nevertheless, in LA you definitely lack the luxury of drowning your sorrows into the explosive crowds, sounds and night-lights—or of spontaneously rerouting without consequence. Socializing and interaction are cultivated through more calculative efforts that arguably relinquish a wildness known in NYC. The fewer interactions in LA may be allotted more gravity, depth, and time, but meeting new people and up with old friends requires careful coordination and planning. “The strangers you pass in NYC and who see you are not real company”, says my brother. Or are they?

In short, what living in one metropolis activates—living in the other does not deactivate; they are, heretofore, siblings and not rivals. The qualities and insight one extrapolates, the other does so—differently. Energy is neither created nor destroyed, so happiness depends on one’s motives and motivation. According to Tal Ben Shahar, in Happier, “emotions cause motion; they provide the motives that drive our action”. So if one has family, friends and work prospects in New York, or ‘emotional’ alliances, he or she is more likely to be happy there, and vice versa. 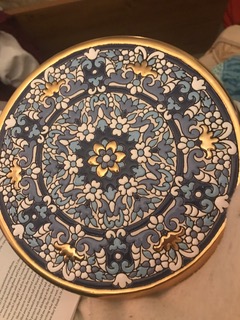 Article and photos by Farrah Sarafa