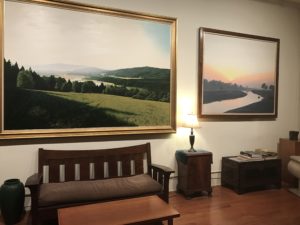 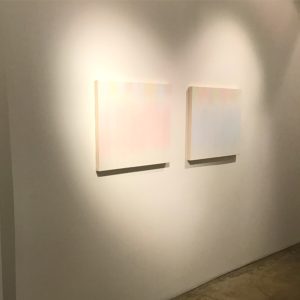 GR Gallery hosts yet another spectacular contemporary art exhibit: One that hypnotizes and heals. A re-visitation of work he created almost 50 years ago, 25 of David R. Prentice’s minimalist abstract paintings from the past 5 years attempt and succeed to elevate abstract-minimalist to a new avant-garde. 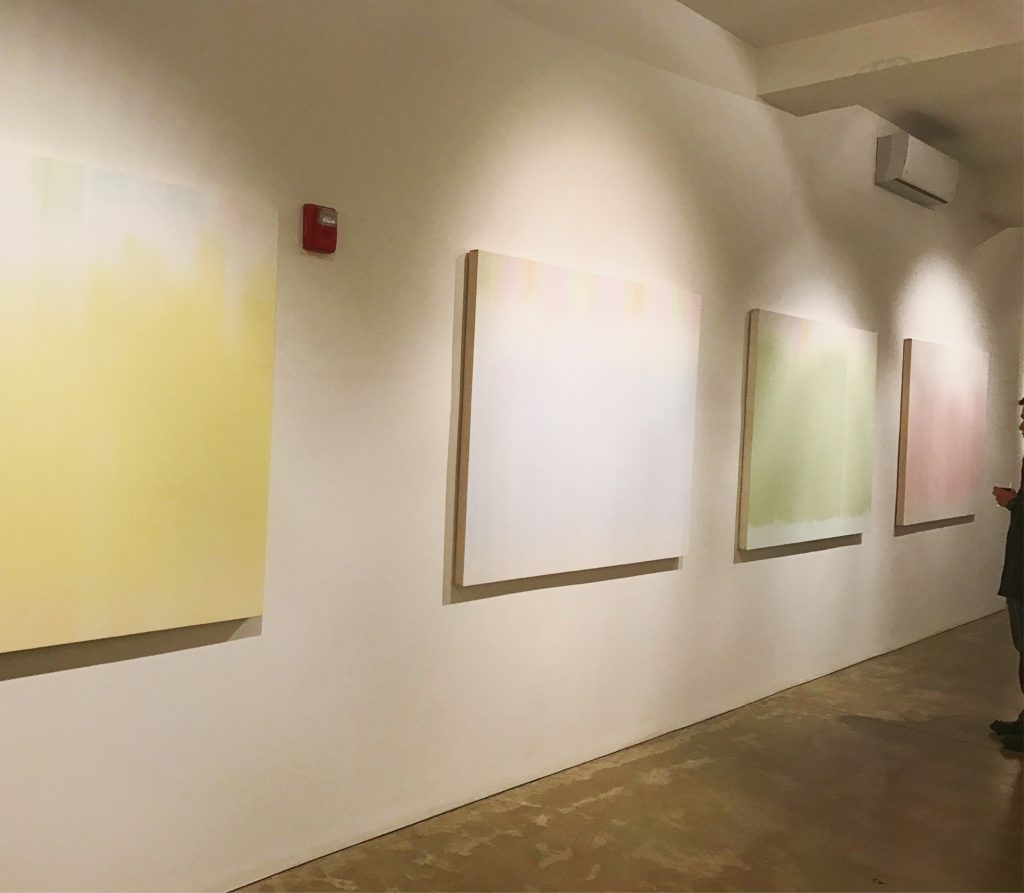 Resembling his earlier works, from before he transitioned to landscape painting, the show exhibits Prentice’s confrontation with “unfinished business”. Relaxing colors, reminiscent of early spring or dreamlike environments evoke introspection. “Art heals people like music heals. When we’re sad or tired or lonely, we turn to music we like. Painting should nourish in the same way; it should make you feel better. It is an adjunct to healing. It helps you overcome trauma and sadness. It helps you lead a richer life, and that’s the job. That’s what an artist is supposed to do,” notes the artist. Subtle palettes hereby mesmerize viewers, inspire reflection and soothe. 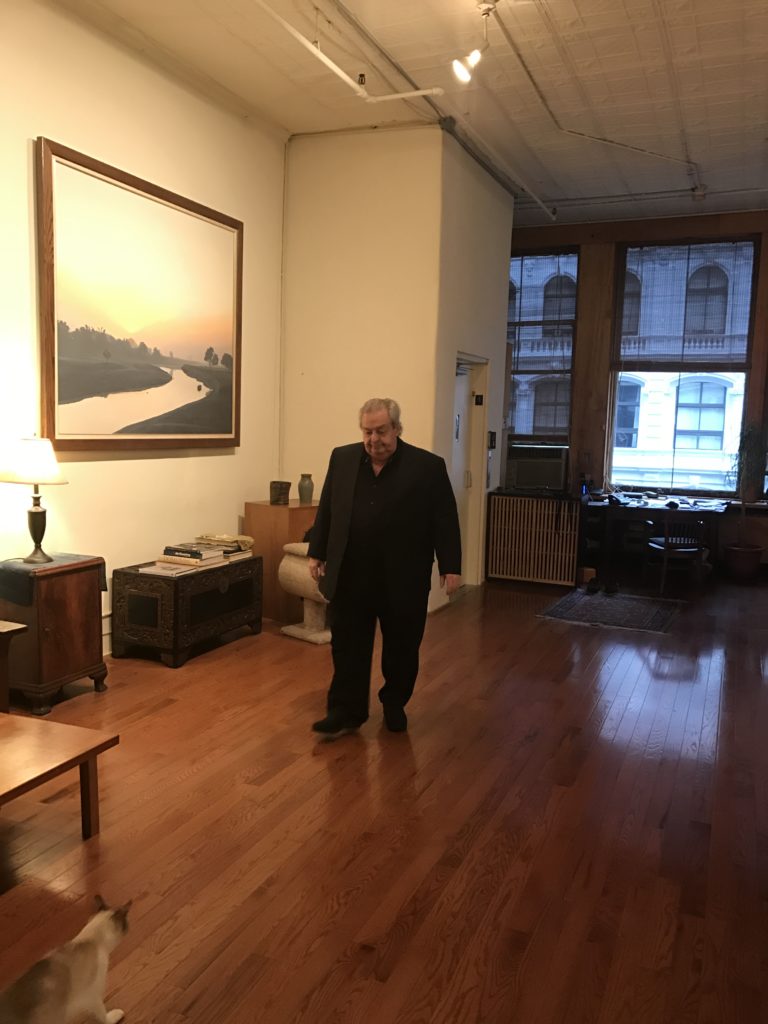 Similar paintings of a more complex nature in the 60’s were critically well-received; they ended up in the MOMA, major galleries, and prominent universities. The 70’s brought a profound change of taste in the art world and David’s sophisticated canvases fell out of favor: “Those in the know really liked them and thought they were radical, but people just didn’t get it.” Forced to abandon that minimalist avenue of exploration, Prentice transitioned to landscape painting by the end of the 70’s. He then met and married a Japanese native, Shinko, and with her Prentice lived between Japan and the US for over three decades. Utterly tactile representations of water, trees and mountains filled his heart during his 30-year marriage, but her sudden passing paralyzed his artistic mobility. 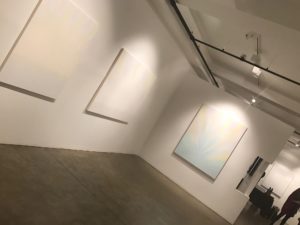 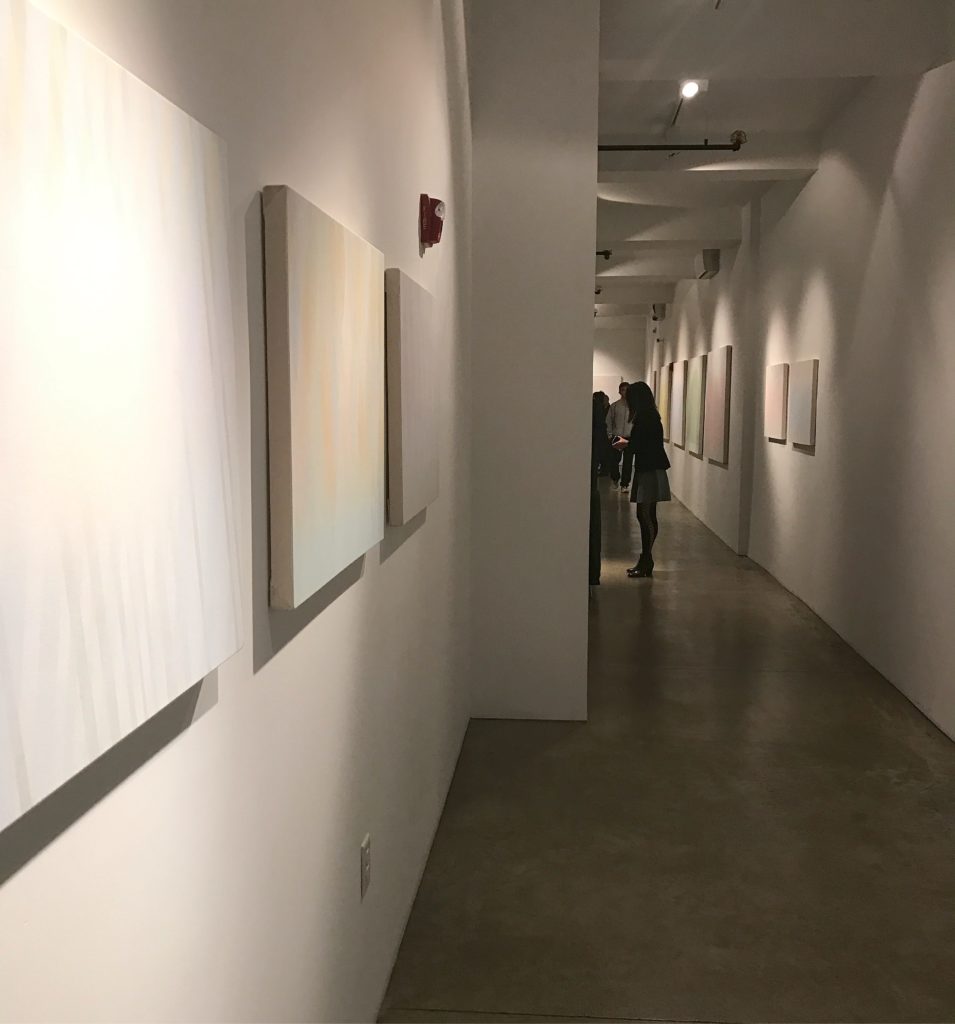 Epiphany and nostalgic memories now emerge through Prentice’s new sensuous work, stripped of superfluous details and reduced to the essence of its abstract experience. Through “Veils, Clouds and Stardust”—softness abounds. Tenderizing fractals of geometrical perfection serve to hypnotize, and Prentice reconnects with seminal visions.

Reconciliation between the abstract and concrete organically ensue. Both mediums foster meditation, quiet contemplation, but are two different ways of working toward the same end. There is no contradiction. Referencing the artist Ad Reinhardt who said “I paint so I have something to look at,” Prentice’s desire to tread softly and quietly—resonates.