I learned a few things by attending the Collaborative Art Fair at 80 Wooster in SoHo last Thursday. First: I’m seemingly drawn to organic creations made of resin, and second: Resin evokes organic imagery for a reason. Drawn immediately to Maria M. Mohiuddun fractal-like evocations— flowers, concentric petals and shapes—made from what appeared to be waxed seashells and acrylic nails—I had the privilege of gaining a bit of insight.

Maria applies a couple of layers of shellac spray over resin (plus hardener), which you can buy for less at Lowes. This helps prevent the resin melting in sun or heat. The technique surprised her one day, while completing a piece using candle wax. Disappointed in her creation, she left it only to return to a satisfyingly hardened and textured. 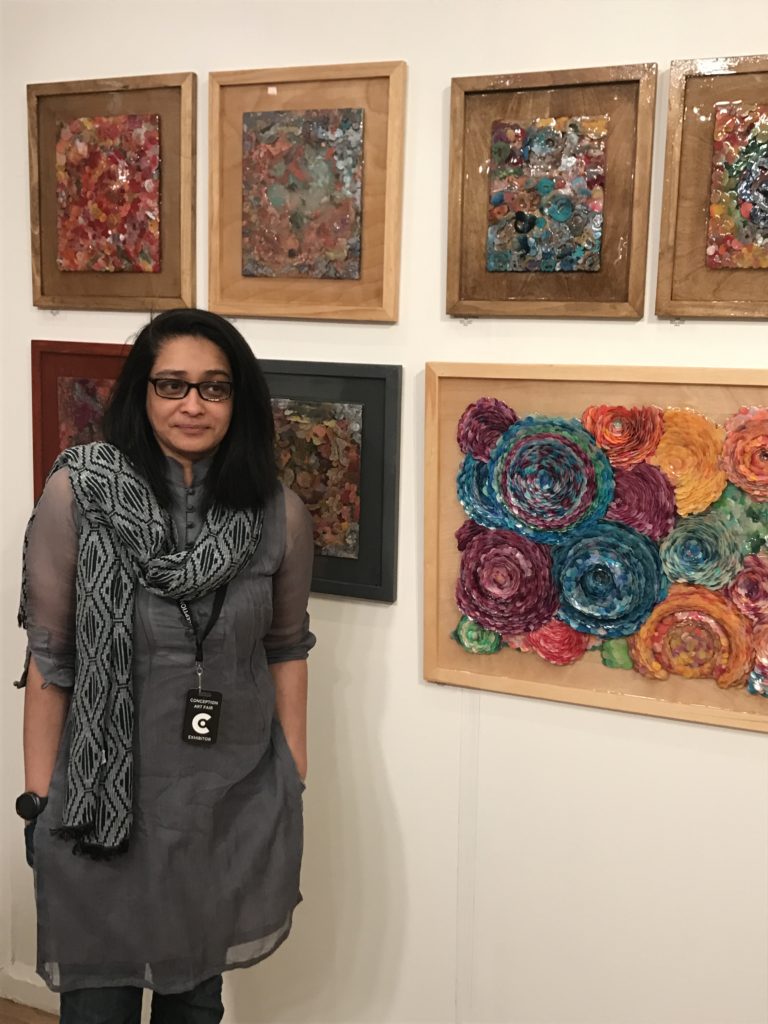 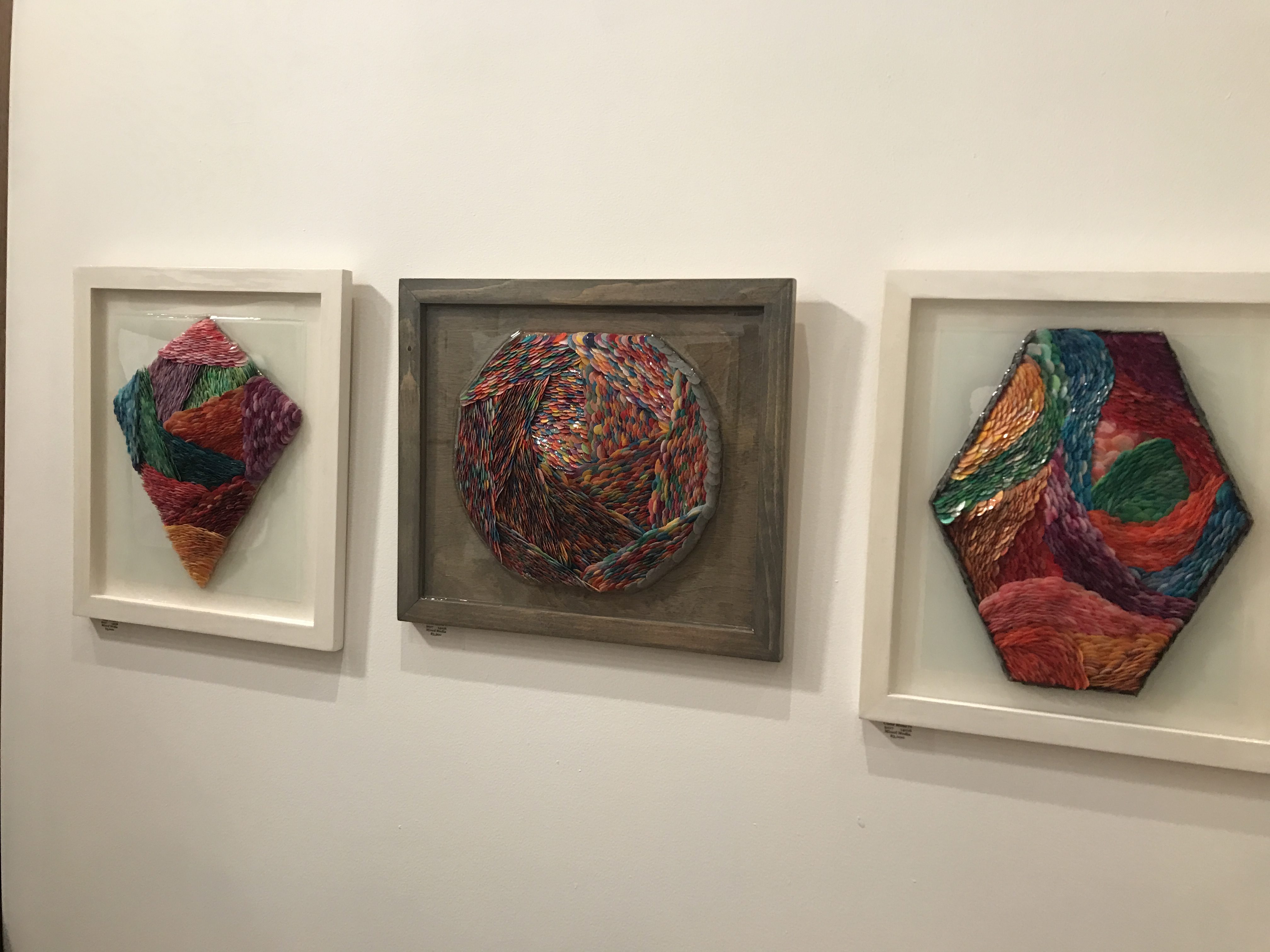 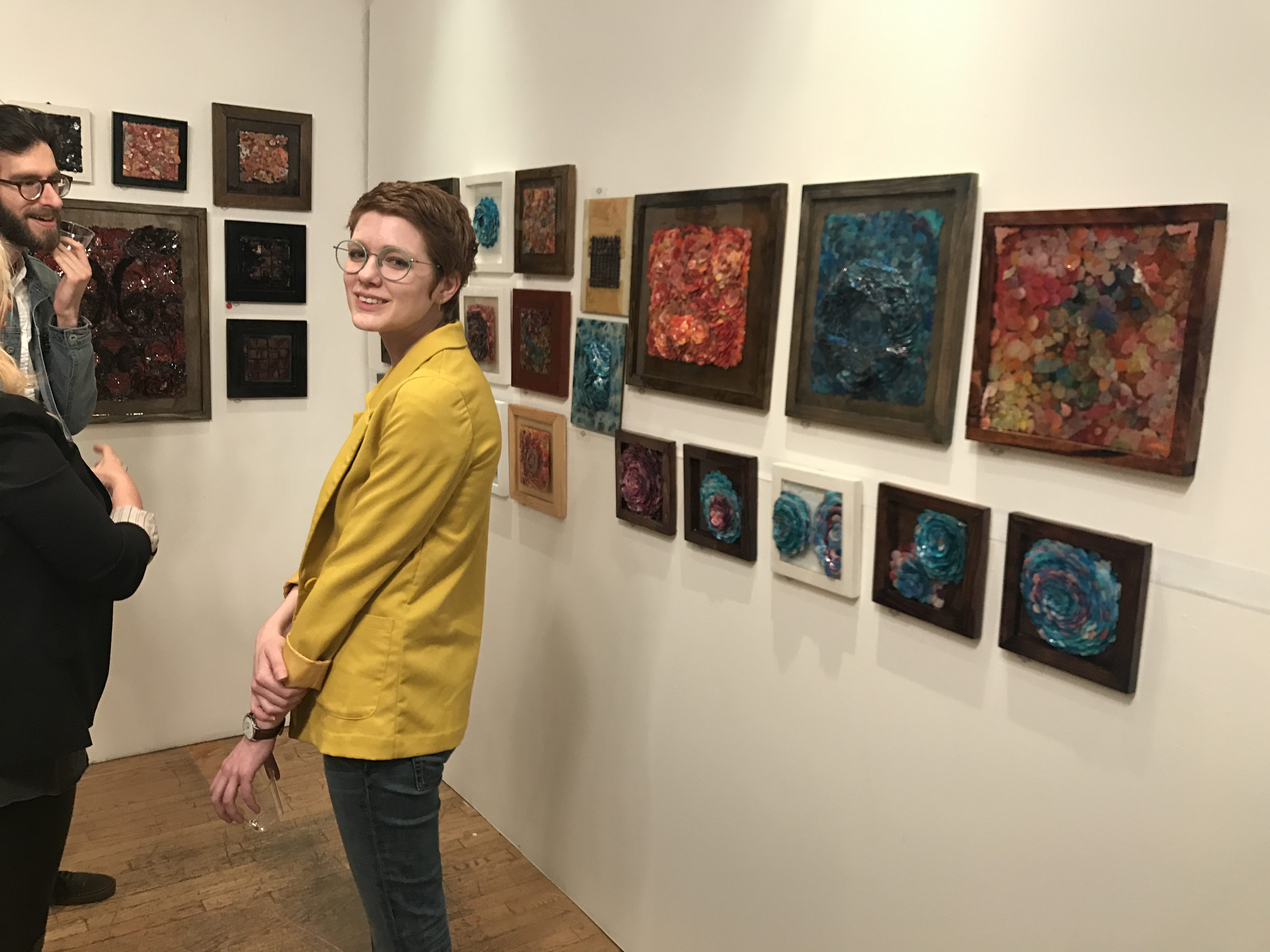 Then there’s Erika Lyn Horwitz, whose oeuvres certainly launch viewers onto other continent’s magical terrain. Mixing ink, oil, paint, glitter into her topographically reflective pieces, “I’ll use PBO sometimes, silicon, automotive paint which is my favorite because it’s really dense—and if you look at a car closely, it will have glitter.”

When asked how she arrives at the images portrayed, she shares:

“What happens late at night is: I’ll put my headphones in and listen to very loud music, usually in a foreign language so that I don’t know what they’re saying… it’s very topographical, cellular, and geodes—and I think of science class. In a lot of cases, however, I’m a fluid artist.”

Fluid art to Emily involves silicon oils and water and then taking a torch, while ideally wearing a respirator, to meld, mold and harden.

Here we have two lovely women being women—introducing the various gradations of light, color and texture. Transposing layers of more challenging materials, the spokes of the fractal come alive. 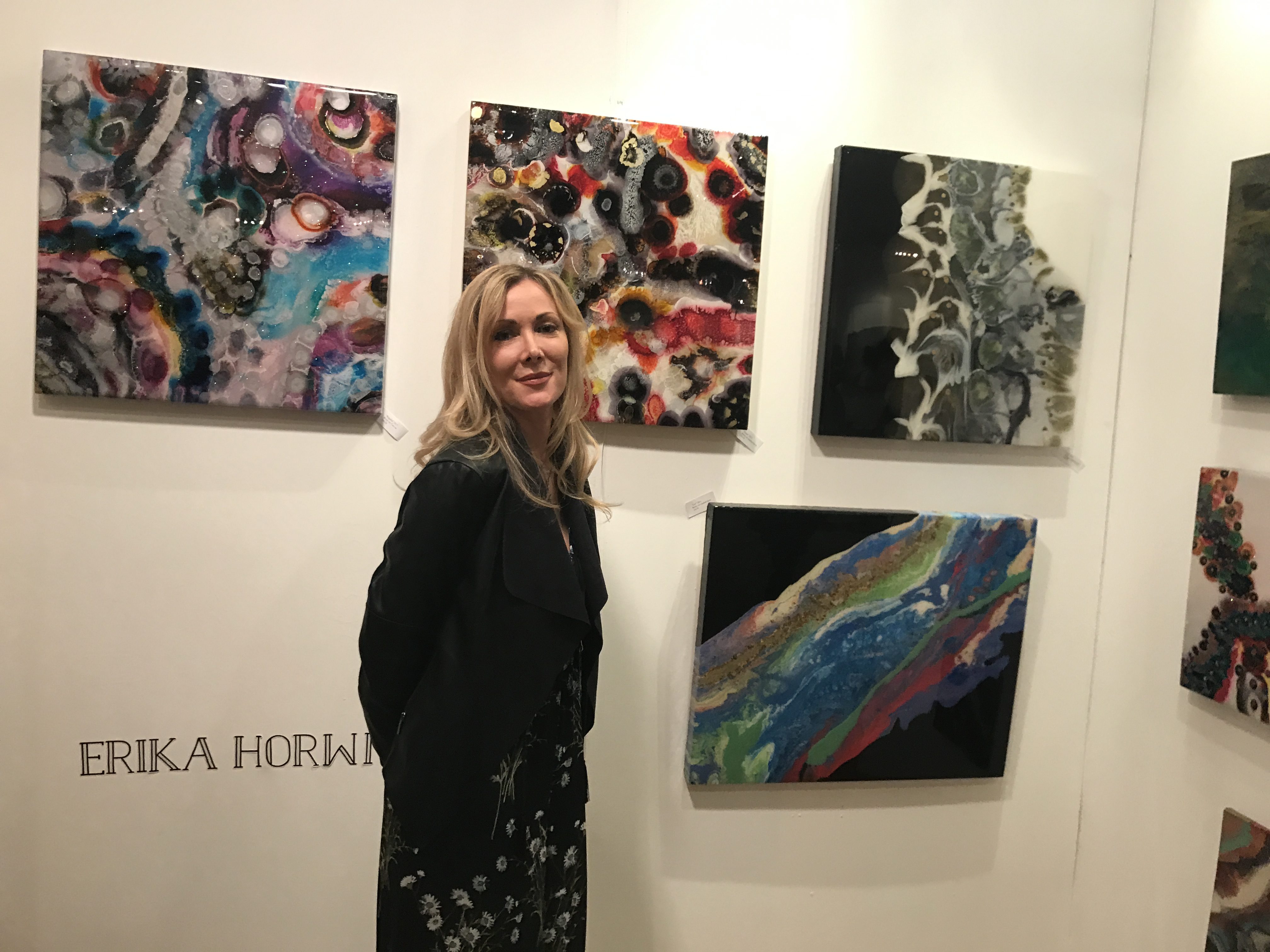 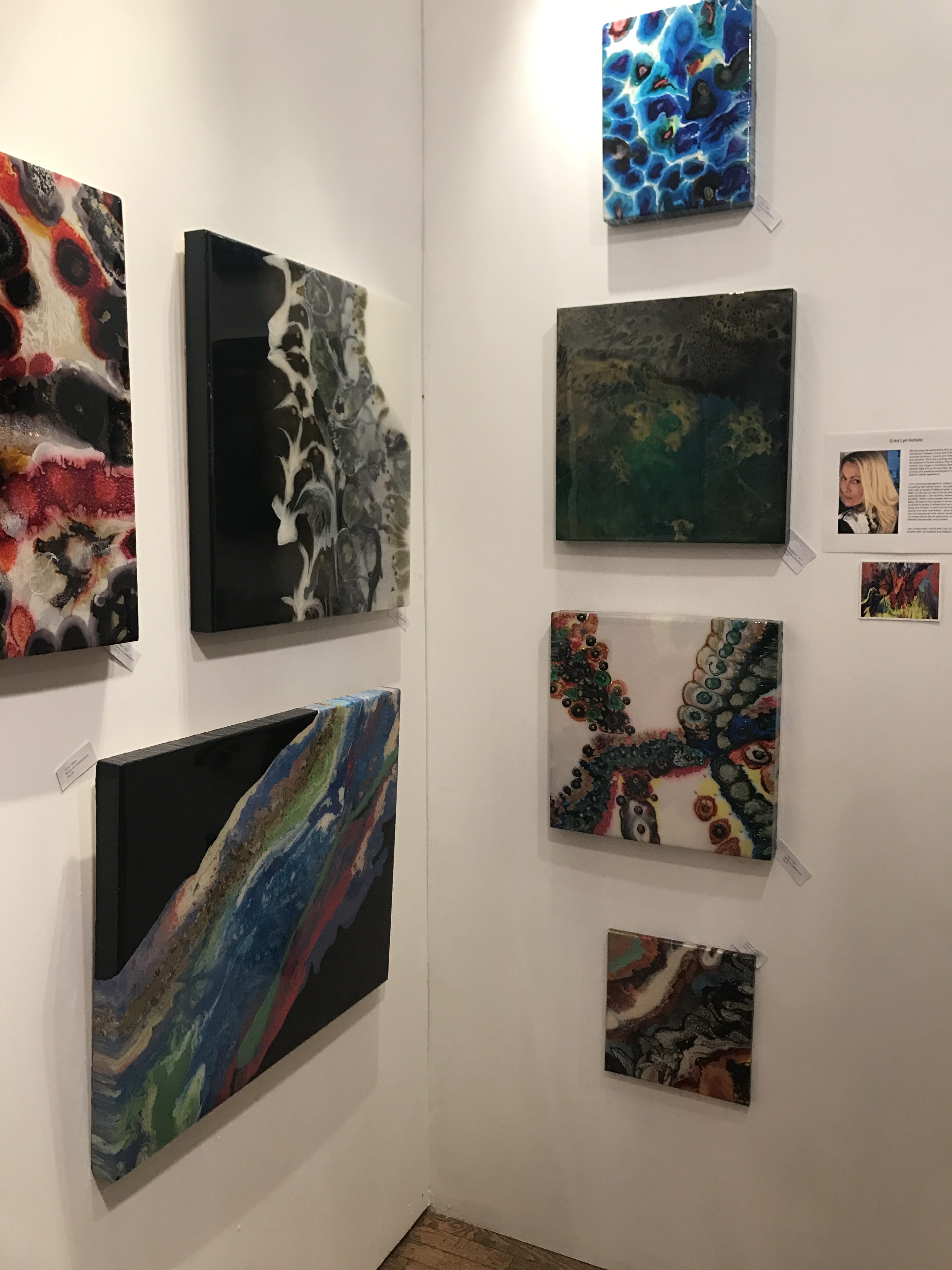 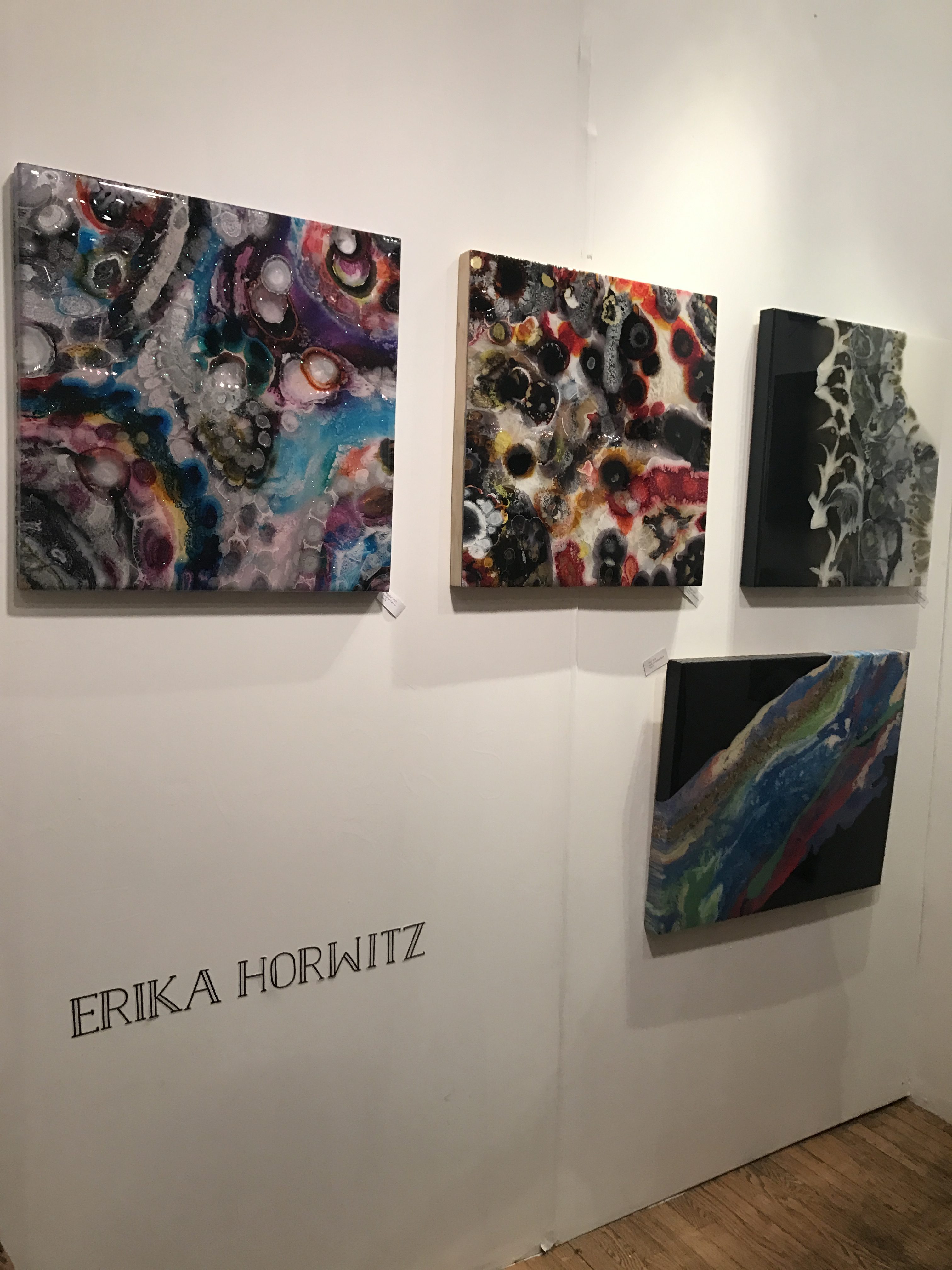 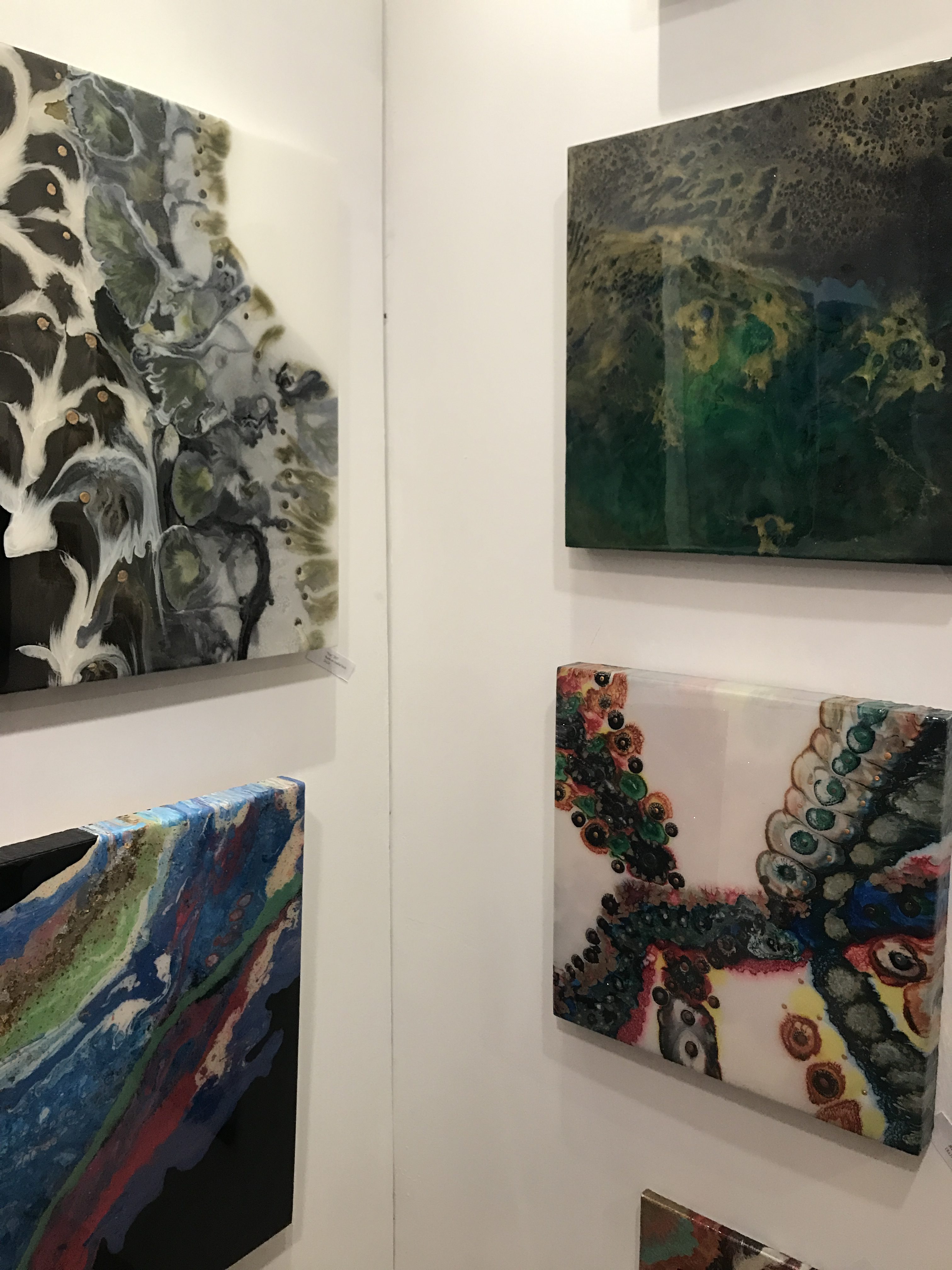 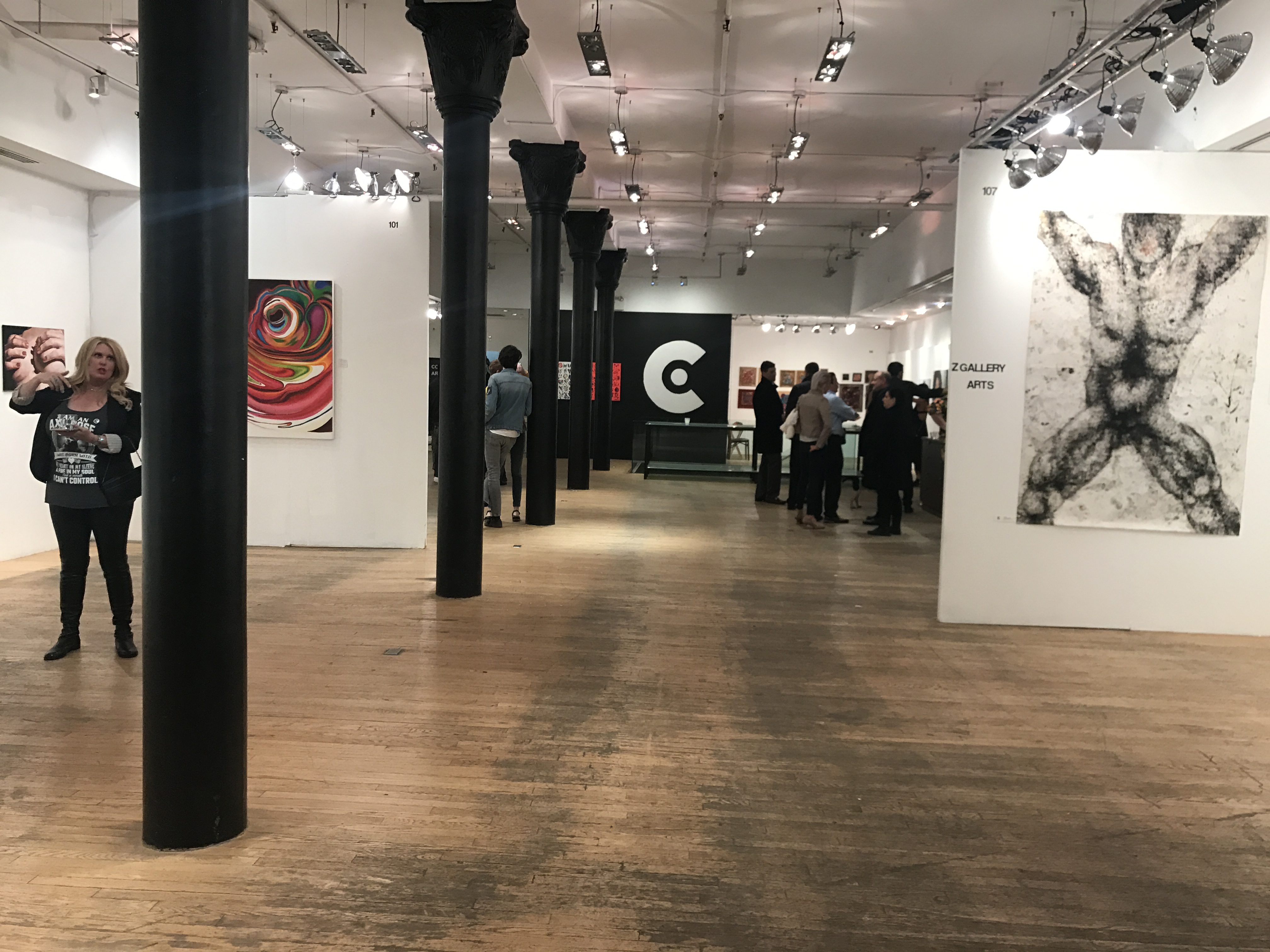 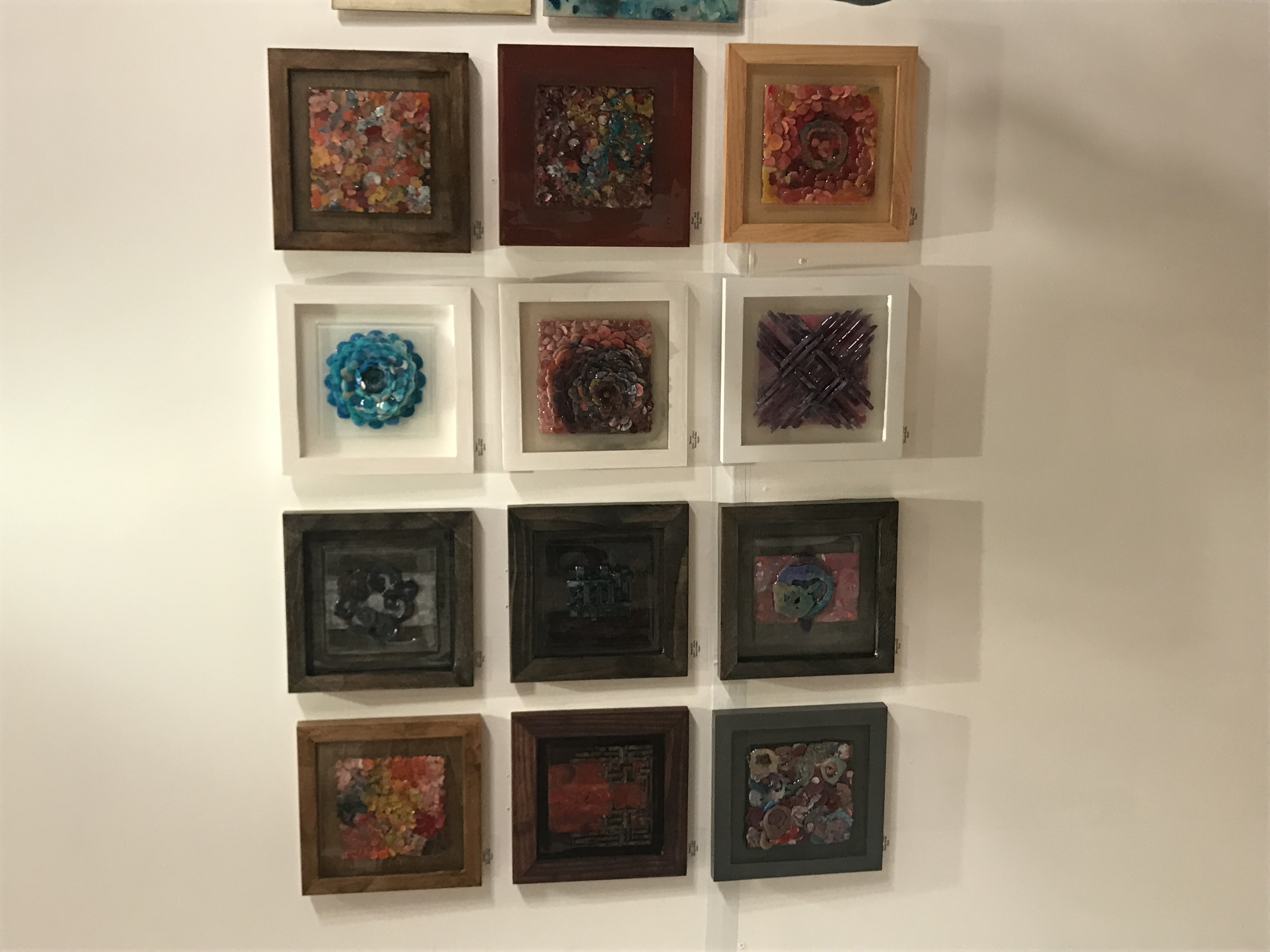 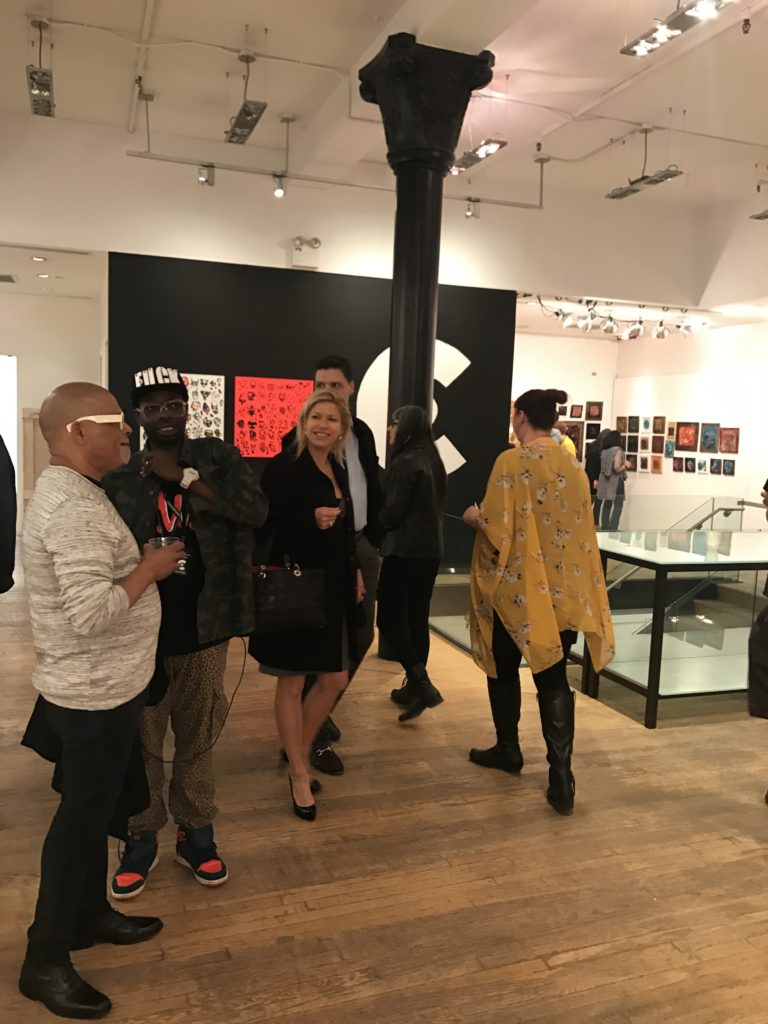 SHE IS: Women Empowerment through Art

“SHE IS” is an art show featuring 20 female visionaries. Their profound experiences do not shy away from expressing themselves through mixed media, sculpture, print and canvas. Curated by Marina Dojchinov, the goddess whose expertise spans the spokes of the ultimate culture fractal—One Art Space has the privilege of being blessed by incredible women. Nestled warmly […]

3 thoughts on “The Beauty of Resin, at 80 Wooster”